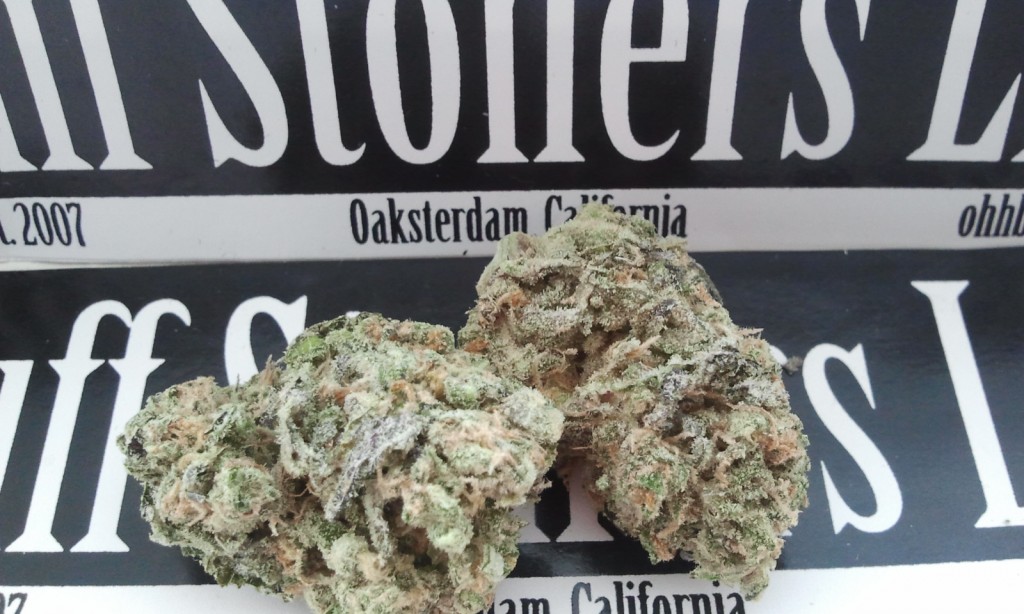 Sour OG delivered quite an amazing high said our certified cannabis connoisseur. Within minutes of smoking some Sour OG weed she was feeling relaxed, peaceful and very chatty. It’s a good social smoke because it puts you in a great mood and leaves you wanting to talk, she says about the Sour OG strain she picked up in Cameron Park. Have snacks around, she warns because apparently Sour OG weed gives you a strong case of the munchies. “I was energized after smoking Sour OG. I felt productive and wanted to get things done,” Caroline said after a few tokes. “The high had me in a very peaceful state of mind, leaving me feeling positive, happy and wonderful overall!” Now that’s stuff stoners like, right?

REVIEW BY: @CarolineCentral
Name: Sour OG
Rating: I love the high, taste and look of this but so I gave it 9 out of 10 puffs.
From: River City Wellness Collective 2 in Cameron Park, CA
Type: This strain is 90-95% sativa with that small amount of Indica resulting from Sour Diesel genetics.
Genetics: A beautiful, bright colored, frosty cross between two great sativas: Sour Diesel and good ol’ OG Kush.
Price: $45-$50 an 1/8th 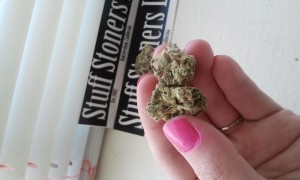 Appearance: I was drawn immediately to this strain by how frosty the nugs look. They’re covered in tons of shimmering crystals that give off an overwhelming white glow. These buds are bright like diamonds with long orange hairs. Sour OG is truly beautiful—the color, crystals and hairs caught my eye and I was locked in.

Smell: This stuff smells AMAZING! Sour OG lures you in with a very pungent sweet scent that’s almost like cotton candy with a hint of pine and gasoline. But, I cannot overemphasize how sweet Sour OG smells.
Flavor: Along with smelling deliciously sweet, Sour OG tastes as sweet as candy. I would have expected a much sourer flavor due to the name and its genetics, but I was pleasantly surprised by its sweetness and I really enjoyed it. Sour OG has a very strong and definitive taste; you can really notice the OG and Diesel. The taste is strong, but not harsh on the throat or the lungs. It goes down very smooth. Overall, I think the flavor and the aroma of Sour OG is a delicious combination. High: The Sour OG really has quite an amazing high. Within minutes I was feeling relaxed, peaceful and very chatty. It’s a good social smoke because it puts you in a great mood and leaves you wanting to talk. Have snacks around, because it’s going to give you a strong case of the munchies. I was energized after smoking Sour OG. I felt productive and wanted to get things done. The high had me in a very peaceful state of mind, leaving me feeling positive, happy and wonderful overall!
Length of High: The high takes effect quickly and lasts pretty intensely for about an hour and a half, then kind of lingers and starts to wind down over the next hour or so. 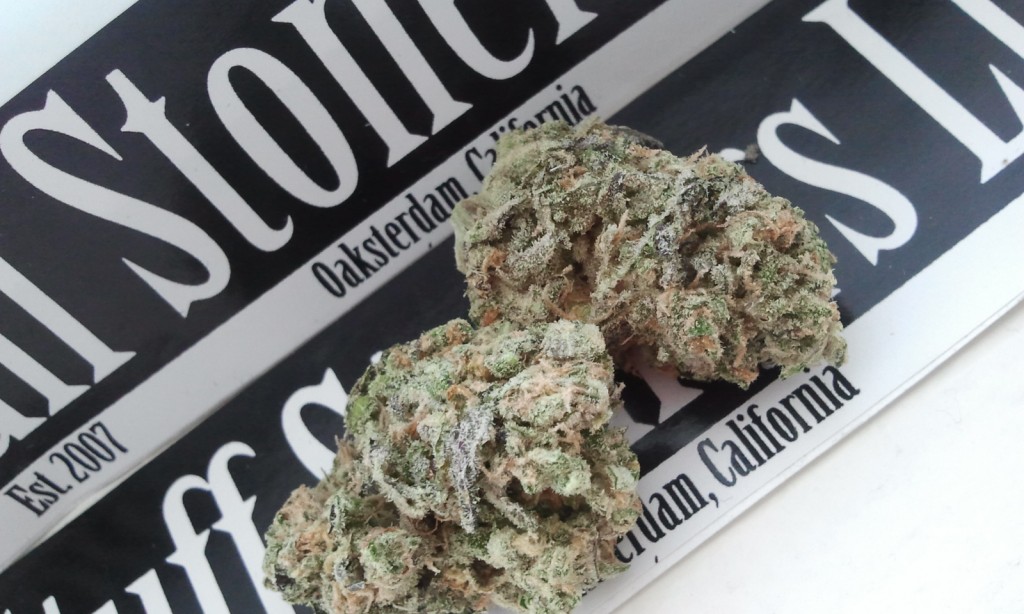 Medical Uses: Sour OG is really great for people with appetite issues because it causes some serious munchies. I was having trouble eating before smoking this and after 2-3 puffs I was ready to eat! Sour Og is also great for anxiety, it puts you in a good mood immediately. I found this strain helped immensely with my headaches and relieved a lot of body pain as well. With such a relaxing high, this strain could also be used to help with meditation.