How to pass a drug test with Palo Azul Tea

Palo Azul Tea is brewed from the Palo azul herb. The tea has traditionally been used to treat kidney problems, diarrhea and diabetes. However it’s frequently marketed as a detoxification and diuretic agent meaning marketers say it’s great for detoxing especially for performing a marijuana detox and helping you pass a drug test. So does it work?

So is the answer to how to pass a drug test the all natural Palo Azul tea? We’re not completely convinced. There’s a wealth of differing opinions on marijuana forum sites like Reddit/trees and 420 magazine on whether or not Palo Azul tea actually works to beat a drug test. If you’ve used it to help detox for drug test reasons let us know in the comments below.

If you’re interested in trying Palo Azul to pass a drug test you can score a big bag of the stuff on Amazon for less than $20 or just a single Palo Azul Tea Bag for less than five bucks. Because the stuff is a known diuretic, meaning it’ll make you urinate a lot and subsequently drink a lot of water, is probably the reason many claim it’ll help people THC detox and pass a drug test.

Keep in mind that diluted pee could and passing a drug test don’t get along together. Diluted pee could be a sign of tampering and lead to a failed drug test. Of course you could always add some vitamin B12 to your diet and that should change the color of your urine back to acceptable levels and ace your marijuana drug test. So the bottom line does Palo Azul work when it comes to passing a drug test? Like we said, we don’t really know, but there are some very convincing testimonials online. Especially this one about using palo azul to pass drug test from a guy named Thrak on the GrassCity Forums:

I know I don’t have thousands of posts on GC or anything… but I am a real human being… who happened to smoke around .5g-1g a day for MONTHS. I have been unemployed for some time, rather tending to my plants and living a life of relaxation. Well after realizing that I needed a little more income to make ends meet, I applied at the local walmart(yuck). Not thinking about a potential drug test, I kept smoking as usual.

3/17/2013 1pm I got a call from Walmart asking me to come in for an interview. I had just finished my first bowl of the day and entered a panic. I stopped smoking.

3/18/2013 I went in for my interview at 11am. It went incredibly well and they stated that they were impressed by my previous grocery experience. Then they handed me a form telling me to report for a Escreen test within 24 hours. The time was 12pm noon.

Upon receiving advice from my friend about Palo Azul, I immediately went out to find it. Living in Texas made it easy. The local mexican meat market had loads of little bags of what looked like little chunks of bark. (5pm)I went home and started brewing 3 .25oz bags with a gallon and a half of water for 1 hour. (6pm)I then strained and commenced to drink the concoction steadily over the course of the night. By 1am, I had about 40oz of the brew left and decided to save the rest until morning.

3/19/2013 I awoke to my alarm at 8:30am. I immediately drank the remaining 40oz of Palo Azul tea over the course of 20 minutes. (9am) I began taking rapid trips to the bathroom to urinate over the next several hours. I was pissing so clear, I was convinced the dilution would raise suspicion. (10:15am) I took a Men’s One A Day vitamin to hopefully add some color to my urine. By 11:00am, I felt like I had finally purged my bladder of the crystal clear diluted urine and it seemed to have the slightest tinge of yellow to it. IT WAS TIME. I drove to the testing station and arrived at 11:20am. I drank 2 small cups of water before the test.

My sample was fairly neutral yellow and inconspicuous. I was unsure of my results and went home around 11:50am. I knew the Escreen center would report the results to walmart within 15 minutes, so hopefully i would know my results sooner rather than later!

WELL I JUST GOT A CALL AT 2PM. I PASSED AND AM FINALIZING MY JOB OFFER RIGHT NOW.

if it worked for me as a CHRONIC DAILY SMOKER, it will likely work for you. I have seen lots of uneducated posts on this matter and figured this will be valuable to others who face similar situations. hopefully people will see this on google

i give it my seal of approval. take that for whatever you would like! CLEAN IN LESS THAN 2 DAYS WITHOUT APPARENT DILUTION. 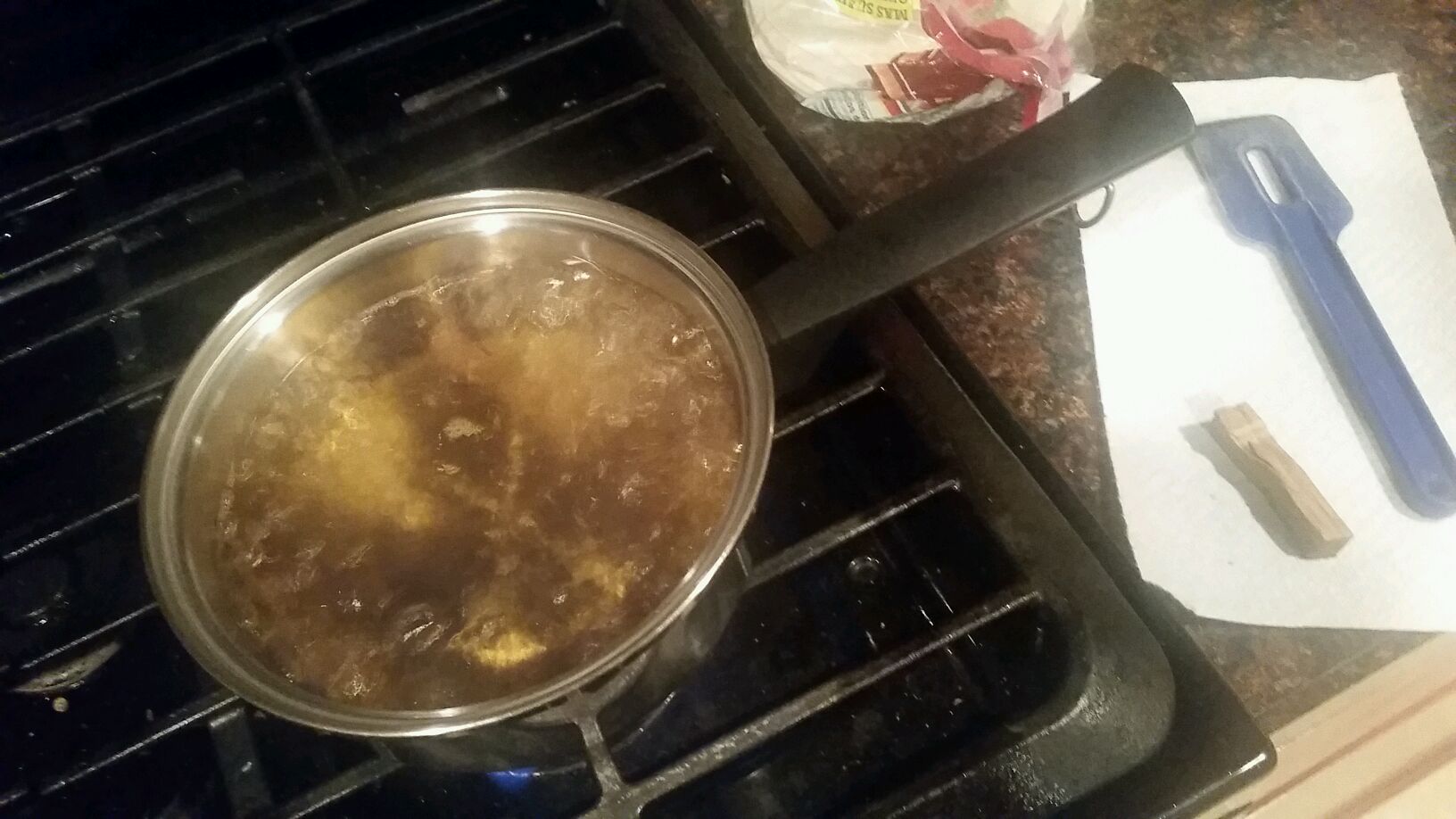 How to make Palo Azul tea to pass a drug test

Okay here’s how to use Palo Azul for drug tests. There are a few different ways to make the tea but not too many tell you how to make it strong enough that it’ll help you pass a drug test. But our Palo Azul tea recipe will result in the most potent version available. Note that this method may result in a very golden-colored tea with that familiar blue tone. To produce the lighter blue tea, just soak a handful of chips in a half gallon of water for more than two or three nights. However if you are going to use Palo Azual tea to pass a drug test you’ll want to follow this method:

What you Need:
One and a half gallons of water
One to one and a half Ounces of Palo Azul bark Chips
Large Cooking Pot

Steps:
Pour all the water into the pot
Bring the water to a boil
Once the water is boiling, turn down heat to a simmer
Pour in Bark chips and leave simmering, uncovered for about 2 hours
After 2 hours you should be left with about a half gallon of concentrated Tea

This concentrated tea can mixed with more water to create a more subtle taste. You could also pour it over ice to dilute it as well as cool it down. However warmer liquids seem to taste more palatable. That’s why cheap house sake us typically warm. Anyhow for the best results drink a gallon of tea the day before your drug screening or drug test.

How do you make Palo Azul tea?

What is Palo Azul for?

The Palo Azul herb has been been used to treat kidney problems, diarrhea and diabetes. It was also believed to prevent miscarriages. In modern markets, it is frequently marketed as a detoxification and diuretic agent and said to help users pass a drug test.