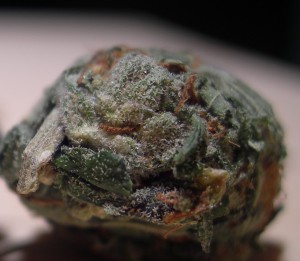 Congratulations Arizona! Looks like the highly controversial Proposition 203, that’ll allow doctors to recommend medical marijuana to patients suffering from certain “debilitating medical conditions”…making Arizona the 15th state in the union to legalize marijuana for medical use, has PASSED!

Here’s the specs: Unlike several states without them, Prop 203 creates a way for patients to actually get WEED from dispensaries! Medical marijuana dispensaries, under the new law, will be allowed to supply weed to those in need…up to 2-1/2 ounces every two weeks. BOOM. And, it will allow patients who live at least 25 miles away from a dispensary to grow. Okay that does suck for your if you’re shacking-up next door to one and you want to try your hand at growing, but hey, it’s a start, right? And, between you guys and us…anyone can grow all the weed they want…as long as they don’t get caught, right? Anyhow, to curb the possible proliferation of pot shops the number of dispensaries will be limited to one per every10 harmful-drug pushing pharmacies. That seems reasonable. Not really.

What’s crazy though…is that we’ve all had to wait so long to learn this bill’s fate…and still at this point there’s no official yeah or neigh. But, it does look proof positive that it’s a go because by the close of business Friday, November 12th, the bill was kicking marijuana prohibition-ass by a margin of 4,421 votes. Close or not, it doesn’t matter …because the numbers show the weed-smokin’ majority rule and the non-weed smoking haters out there…in Arizona…well…they drool!