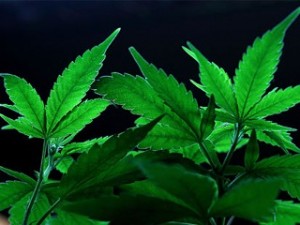 Okay, so the city of Berkeley, California…which is covered in FREE STUFF STONERS LIKE STICKERS by the way, has a plan to go big and cash-in on the recent burgeoning weed-growing scene. Similar to the Oakland City Counsel’s suicidal plan to allow four 1000,000 square-foot massive marijuana growing facilities and then tax the shit outta ’em, Berkeley was lookin’ to permit six large medical cannabis growing facilities, with a 30,000-square-foot size limit…in the toxic waste dump known as Berkeley’s Warehouse District. Back in November, 64 percent of The Republic of Berkeley voters said, “yes, this is a great idea” and a whopping 82 percent of voters said…”while we’re at it…let’s tax the shit outta people who need weed”.

Who wouldn’t want to see a 100,000 square foot hydro grow…that’d be a fucking spectacular sight to see let alone swim in it’s aroma…but that’s beside the point…if something like this were to happen…imagine the displacement of all the small-time growers throughout the state. Man, the hurtin’ Green Triangle dudes growing all that outdoor weed can’t even unload that shit nowadays as outdoor seems to be the new schwag. Just imagine the troubles they’d face once mega-weed grows start plopping’ out assembly-line weed . Anyhow, that debate’s for another day, man…the point of this story is Berkeley has chickened out on the large-scale grow-and-tax idea because they too have succumbed to the Obama Administration’s threats of impending doom if they proceed with the plan.

Here’s the crux of the biscuit, though… Oakland’s pot farms would be separate businesses from the city’s medical cannabis dispensaries; a possible violation of state law. And, Berzerkley’s plan was designed the same way and would set up the same scenario. So that shit…just ain’t gonna happen…unless…

William Panzer, an Oakland attorney who’s on our side of the marijuana movement agrees this shit’s never gonna happen unless…state and federal marijuana laws change, obviously.

“It’s illegal under state law and the feds are not going to let it happen. If you’re a City Council member and you get a letter from the U.S. attorney’s office telling you you’re facing a 10-year minimum sentence, you’re going to think twice,” Panzer said.

And thinkin’ twice is just what Berkeley’s Mayor Tom Bates is doing right now as he and other Berkeley officials decided to put the plan on hold recently. 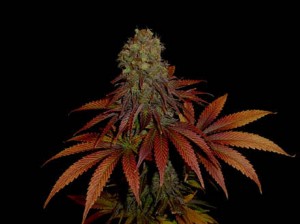 Crazy as it sounds…Bates still thinkin’ this could happen. “We believe that growing has to be done exclusively for the dispensary, and it cannot be engaged in a larger activity, and even then we’re not sure the U.S. Attorney General will allow it to continue,” he’s argued.  Bates thinks after Berkeley drafts its ordinance for the voter-approved plan to show the weed from all these pot farms goes directly to legally-operating dispensaries, he could like “get approval from the state attorney general and ultimately the feds.”

“As a collective we are allowed to grow for our members,” says Brad Senesac, spokesman for Berkeley Patients Group which has 10,000 members, including the MAKERS OF STUFF STONERS LIKE. “Legally, you only will be allowed to grow if you have a relationship with a dispensary, and that’s what I think the feds are going to tell the city,” he’s said.

Hrm? Change the laws to allow dispensaries to grow exclusively for their patients? Maybe that idea’ll float after-all.