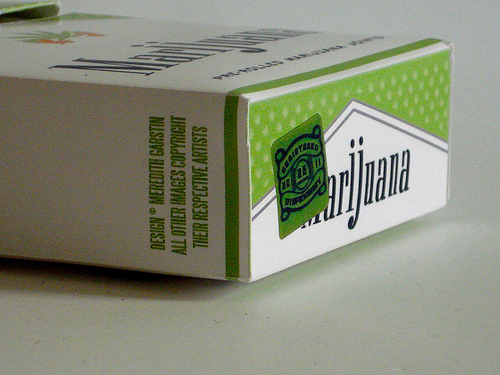 Public health researchers recently scanned 80 million pages of digitized documents buried deep in tobacco company archives. And they reveal that the tobacco industry planned, as early as the 1970’s, to begin selling marijuana as soon as it became legal.

Time looked through the documents and found a few very telling gems. One is a handwritten letter from Philip Morris president George Weissman that read, “While I am opposed to its use, I recognize that it may be legalized in the near future…Thus, with these great auspices, we should be in a position to examine: 1. A potential competition, 2. A possible product, 3. At this time, cooperate with the government.”

Time also reveals that Philip Morris executives hit up the Department of Justice for some weed for research purposes. The company promised to share their results with the government if the government kept everything hush hush—“We request that there be no publicity whatsoever.” And of course the The Justice Department’s drug science chief Milton Joffee agreed to cooperate.

An unsigned memorandum distributed to Philip Morris’ top management illustrates the industry’s biggest fear. “We are in the business of relaxing people who are tense and providing a pickup for people who are bored or depressed. The human needs that our product fills will not go away. Thus, the only real threat to our business is that society will find other means of satisfying these needs.”

What’s currently keeping big tobacco from satisfying society’s needs with weed? According to SF Bay Area journalist David Downs, it’s marijuana prohibition. As a result, Downs points out, “America is in a short, liminal time where mom-and-pop regional brands—operating in defiance of federal law—have a first-mover advantage over Big Capital.”

Despite high hopes over the past few decades, big tobacco still isn’t in a position to touch the marijuana industry because weed’s still not legal nationwide. For now today’s nascent marijuana market remains where it should be—in the hands of the small pioneers, willing to break federal law, who created it.