Last week, Assemblyman Tom Ammiano (D-San Francisco) reintroduced legislation that would  legalize weed in California for adults 21 and over. Back in January the California Assembly’s Public Safety Committee approved Assembly Bill 390 to legalize and tax marijuana, marking the first time in US history that a state legislative body considered putting an end to marijuana prohibition! The bill didn’t get much further since time ran out on the legislative calendar. 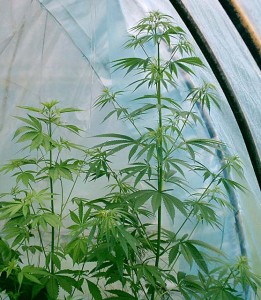 Ammiano forges on, however, with the new bill– now called A.B. 2254–which would allow adults over 21 to possess, smoke, and grow weed, essentially treating marijuana the same way alcohol is currently treated under the law. The bill also calls for a $50 per ounce sold fee to be used for funding drug eradication and awareness programs. And, of course supporters of the bill are saying it could raise around $990 million and help pull the severely cash-strapped California out of its budget crisis.

“The way it exists now is harming our youth. Drug dealers do not ask for ID. We need to regulate something that has gone chaotic, has resulted in carnage. I understand it’s not everybody’s cup of tea,” says Ammiano.

This year’s bill is expected to receive hearings in the next few months.

2 Responses to “Bill to Legalize Marijuana Reintroduced in California”