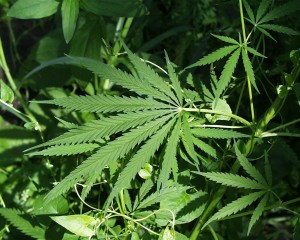 In early February national media attention exploded around statements from a White House spokesperson and from U.S. Attorney General Eric Holder, telling the press that DEA raids would no longer continue, and that an end to such raids, according to Holder, was “now U.S. policy.”

Today, US Attorney General, Eric Holder, repeated himself by publicly ordering authorities not to arrest or charge any users and suppliers of medical cannabis who conform to state laws. Apparently this “Official Announcement” puts “into writing” (read the memo here) what’s already been said; we’ve reversed bad Bush administration policy that ordered authorities to continue to enforce federal drug laws even in states that have passed medical marijuana laws.

The reason for the redundant announcements? Patients need medicine and marijuana is a not only a great treatment for the ailments associated with cancer, MS, autism, etc. it’s safe, effective, 100% all-natural, completely sustainable…no we’re only kidding. The guidelines issued today are purely for financial rewards. Officials at president Barack Obama’s justice department said that prosecutions of individuals who are clearly using or supplying marijuana for medical purposes are “unlikely to be an efficient use of limited federal resources” if the targets otherwise comply with state and federal laws. You see America needs money and the feds can save a TON by NOT arresting law-abiding citizens as outlined in their job description. So really this “announcement” is just a reminder.

Hopefully the DEA will get the memo this time, because right after that last announcement was made…the DEA raided more law-abiding CA dispensaries in Venice, Marina del Rey, Playa del Rey and South Lake Tahoe.