The American Medical Association has reversed its position on marijuana! Yep, the largest group of doctors in the USA (which really only amounts to about 17% of all practicing docs) now SUPPORTS investigation and clinical research on weed for medicinal use. They also urged the feds to reassess weed’s Schedule I controlled substance categorization. As it stands now marijuana is lumped in with drugs like heroin, ecstasy and LSD. Being a Schedule I drug makes it tough to do any legal medical testing on weed since it can only be done with a permit from the federal government who historically HATES to kick them down. Currently, PCP, Meth, and Cocaine are classified as Schedule II narcotics, meaning that somehow they are less addictive and have more medical value than cannabis. Moving weed down to this notch might allow for more medical testing. 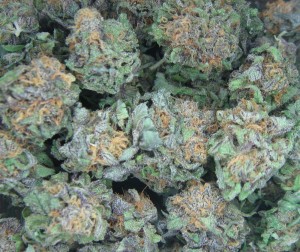 Remember the Marijuana Tax Stamp Act of 1937 that required those who wanted weed to get a stamp, but you needed the stamp to get the weed? Well the feds have been playing the same game here with the AMA saying there isn’t enough evidence to support investigating weed’s medicinal value, so you can’t investigate. What’s funny is the DEA DOES recognize weed’s medical value since under their ‘Compassionate Use Protocol’ program, the DEA has been distributing weed to patients for two decades who are “deemed medically worthy to receive it.”

Anyhow, it’s not just the AMA that’s finally recognizing the medical value of weed, the American College of Physicians, the second-largest physician group, last year expressed similar support for increased research and reconsideration of medical marijuana. And, the California Medical Association also passed its own resolutions that called the criminalization of marijuana a “failed public health policy”.

When considered with other developments like Attorney General Erick Holder’s recent announcement that federal authorities would no longer prosecute users and dispensaries in states that allow medical marijuana, the AMA vote is news. But when the rescheduling occurs, and marijuana is removed from that list of drugs which can still get your ass locked up in prison for years THEN it’ll be real news.