We can now put a face to the enemy; the opposition to legalizing weed here in California! And, it comes as no surprise that face belongs to a pasty ol’ white guy named, Ron Nehring the CA Republican Party chair who announced Wednesday that the California GOP is officially against the legalization of marijuana in California.

The argument to allow people safe access to safe medicine always seems to center around money. But this issue really isn’t about money, however, it’s about the freedom to use and choose medicine. If safe access to all-natural medical marijuana leads to a new revenue stream in California that could just help put and end to our massive debt…then that’s a great bi-product, but it isn’t a reason to legalize marijuana. Marijuana should be legal because there isn’t a single valid reason that it shouldn’t be. Nehring stated Wednesday that “The last thing California needs is hundreds of thousands of more people getting high, and the costs to society that would come from widely expanded drug use.” He continued by saying “the health and public safety costs of expanded marijuana use would far outweigh any tax revenue raised from legalizing the drug.”

Nehring’s flawed reasoning claims that if cannabis medicine is legalized it’s cost will drop and it’ll be easier for kids to obtain, even though, the Tax and Regulate Cannabis initiative prohibits the sale of cannabis to minors just like alcohol.

Nehring also says, “We know a top factor behind whether young people try drugs is cost, and legalization would certainly bring the cost of dope (medical cannabis) down, making it much more widely accessible.” How price and accessibility are related, we’re not sure, but the Tax and Regulate Initiative does NOT allow marijuana to be sold to kids or anywhere near them and also disallows it’s use around kids. 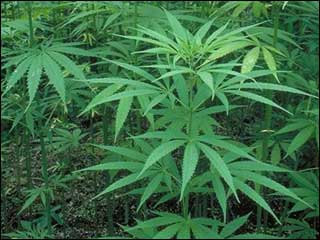 He goes on to use the out-dated gateway theory that’s been debunked years ago. “We also know that if a person makes it to age 21 without trying drugs, they’re very unlikely to ever get started down the path of drug use beginning with dope and leading to much harder drugs like meth and cocaine.”

We all know that breast milk leads to bourbon as much as marijuana leads to meth, so that’s not even a real argument, Mr. Nerhing. Anyhow,  most marijuana supporters aren’t too concerned with how legalization will affect the economy, because they’re more concerned with things like personal freedom and safe access to medicine.

“California Republicans will fight this and any other measure to expand drug use in California. When it comes to this kind of legislation, there’s a reason they call it ‘dope,’ said Nehring. He’s right about that because legislation to legalize weed is DOPE!