This November, barring any unforeseen circumstances, Californians will be able to vote for the legalization of marijuana!

For the legalization question to make it on to the ballot, the measure needed a total of 433,971 valid signatures. Of course supporters have been more than confident that they’d get enough John Hancocks, but the measure was about 15K signatures short as of yesterday!

But that didn’t include any of the signatures gathered in very pot-friendly Southern California! This being a statewide legalization initiative means Los Angeles area residents get their say about the Regulate, Control, and Tax Cannabis Act of 2010 as well. And, today Los Angeles County elections officials will submit their count of valid signatures; all 142,246 of ’em! And, that’s it ladies and gentlemen…that should be enough signatures, nearly 700,000! Now Californians should be the first in the nation to decide whether they believe marijuana should be legal…taxed and regulated for all adults over 21. 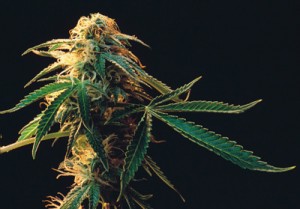 Richard Lee, the president of Oaksterdam University, owner of the famous Coffeeshop Blue Sky, and major financial supporter of the initiative told Stuff Stoners Like, “California voters believe that our laws criminalizing marijuana have failed! 56% of Californians support legalization and the time for reform is now.”

The Regulate, Control, and Tax Cannabis Act of 2010 will regulate cannabis like alcohol allowing adults 21 and older in California to posses up to one ounce of cannabis and grow it in a 25-square-foot area for personal use. It will give local governments the ability to tax and regulate the sale of herb to adults 21 and older and it will generate billions of dollars in revenue!

12 Responses to “BREAKING NEWS–California to Vote on Legalizing Marijuana”