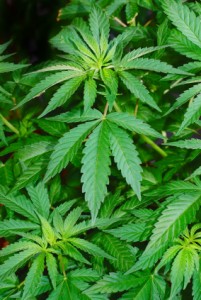 Maryland is a step closer to allowing medical marijuana patients safe access to weed. Yesterday, Maryland’s Judicial Proceedings Committee passed Senate Bill 627 and sent it off to the full Senate for further consideration.

SB 267 would protect patients from arrest and also allow pharmacies or other similar dispensing venues to distribute marijuana to patients. The bill is sponsored by Sen. David Brinkley (R-Frederick), a two-time cancer survivor, and co-sponsored by Sen. Jamie Raskin (D-Takoma Park) and key members of the Senate leadership, including Senate President Thomas V. “Mike” Miller (D-Clinton).

“We want to build the tightest ship in the country when it comes to medical marijuana,” Raskin has said. “What’s the alternative, we send them out to an alley and they go and buy drugs?”

The bill is identical to one sponsored by Democratic Del. Dan Morhaim, a physician who represents Owings Mills, Pikesville and part of Timonium. That bill was scheduled for hearings in both the House Health and Government Operations and the Judiciary Committees on Feb. 26. And, neither committee has voted it…yet.

Currently 14 states have medical marijuana laws of some kind on the books that provide qualified patients with safe access to weed and protection from arrest. And, the District Council of Washington, D.C. is working on a medical marijuana law expected to be implemented by the end of this year!