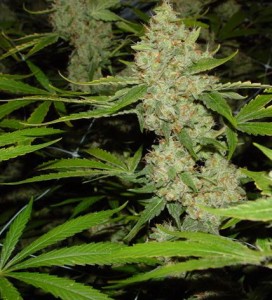 Yesterday, after nearly a decade of debate, the Minnesota House and Senate finally passed a bill to allow medical marijuana use! Don’t get too excited, however, the bill is now making it’s way to Gov. Tim Pawlenty who allegedly isn’t a fan and there sure are a lot of restrictions.

The House version of the original bill was quite different from the Senate’s version. A provision allowing patients to grow their own marijuana was removed, and a controversial amendment restricted the use of marijuana to terminally ill patients suffering a debilitating illness. The latter amendment removes medical marijuana eligibility for cancer patients undergoing chemotherapy who need the drug to combat nausea. Sounds like a lot of restrictions, doesn’t it? Well, at least it’s a start.

The bill would establish a licensing system for patients who have a doctor’s recommendation for weed. They would then be issued a photo ID card that allows them to purchase medical cannabis at state-licensed dispensaries.

Should the proposal continue to stall at the Capitol, which is expected, medical marijuana supports vow to consider a constitutional amendment which will take the issue right to voters. Of the 13 states with medical marijuana laws, nine have passed through popular vote. So there’s hope!