Liberal CA Senator Barbara Boxer and California’s GOP aren’t the only buzzkills who want to keep pot illegal in California. For years the Emerald Triangle, located in three Northern California counties, Mendocino Humboldt, and Trinity, have produced not only the most marijuana in the state but the most marijuana in the entire nation. But, that’s all about to change. And, the estimated 30,000+ pot growers in the region are starting to worry about what could happen to their underground billion dollar industry if weed becomes legal. As Oakland’s Tax and Regulate Cannabis initiative awaits the November ballot, the question of “What’s After Pot?” has never been more pressing and so has the fear that if just anyone can grow marijuana then people will flood the market with cheap, corporate-grown weed and destroy a way of life.

That’s why everyone from growers to curious community members, county officials, non-profit and for-profit business owners are beginning to meet up and get organized. One of those organizing is Anne Hamilton, founder of What’s After Pot? (WAP), who’s looking to address issues concerning the future of the region’s raging cannabis industry.

“The legalization of marijuana will be the single most devastating economic event in the long boom-and-bust history of Northern California,” said Anna Hamilton, 62, a Humboldt County radio host and musician who says her involvement with marijuana has mostly been limited to smoking it for the past 40 years. 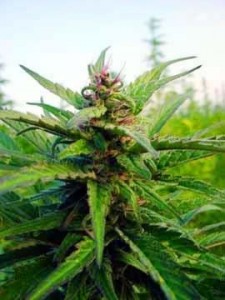 Last month officials in Humboldt County actually organized a standing-room-only meeting to allow civic leaders, activists and growers an opportunity to brainstorm on ways of dealing with the threat. Some novel ideas; turn all those “hidden” pot gardens into tourist traps akin to vineyards and cater to the marijuana aficionados with tours and tastings like they do over in the Napa Valley with wine. Some are already looking to the future and beginning to wrap their heads around the inevitable next step: officially branding and marketing the Humboldt name.

Using one of his faces, Mark Lovelace, a Humboldt County supervisor said, “We’ve lived with the name association for 30 or 40 years and considered it an embarrassment.” And, then speaking from his other face, he said “But if legalization does happen, he said, the Humboldt County name becomes the region’s single most important asset.”