Listen, if you think the War on Drugs is just a war on people, you’re WRONG. The War on Drugs is also a war on pets! Even though President Obama and Attorney General Eric Holder have announced an end to the feds raiding law-abiding dispensaries, that didn’t stop a slew of agents from raiding two LA marijuana dispensaries as well as the residence of the owners yesterday. It must have cost a fortune because of the amount of people who showed up for the bust. Federal authorities including the DEA, FBI and the IRS, plus agents from the Los Angeles County Sheriff’s and Police Department as well as Torrance Police Department and Culver City agents were all involved in the raid. 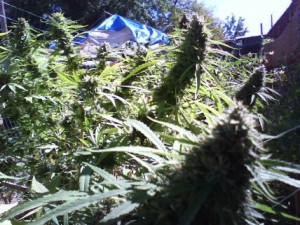 During one of the raids officers shot a dog. It’s believed to be a pit bull, but the circumstances of the shooting remain unclear, say a law enforcement spokesman. They also say they found 200 plants, 100 pounds of marijuana, $100,000 cash and made one arrest. What they don’t say, however, is what prompted the raids and why they had to shoot someone’s pet.

Perhaps murdering pets is standard practice during raids, because a Maryland mayor is currently asking the federal government to investigate why the SWAT team busted into his home last year and murdered his two dogs in an investigation into a drug smuggling scheme.

“We lost our family dogs at the hands of sheriff’s deputies who burst through our front door, rifles blazing,”   says Cheye Calvo, mayor of Berwyn Heights, Maryland, who also said he was brought downstairs at gunpoint in his boxer shorts, handcuffed and forced onto the floor with his mother-in-law near the carcass of one of the dead dogs. 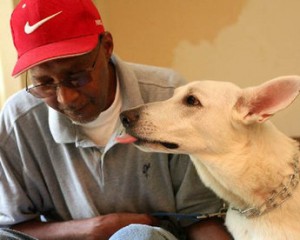 Columbia residents Kevin and Lisa Henderson filed a $5 million federal lawsuit last month alleging Howard County police killed their “gentle, loving” 10-year-old mutt, Grunt, during a SWAT team raid last year. The raid was the third in 18 months in which county police had been publicly accused of shooting dogs. The Hendersons’ lawsuit, filed in U.S. District Court in Baltimore July 27, alleges not only that their dog was killed but they suffered assault, battery and racial discrimination.

Back in July the Police not only killed Baltimore resident Coina Amato’s dog, they trashed her home. “They shot through the door in front of screaming children that were begging them to let the dog out and she was cowering in there,” said Amato, “They shot through the door and she ran upstairs in the bedroom, and they went up there and pumped AK47 shots into her in my bedroom.” No one has been charged, and the department has neither apologized nor offered any restitution for killing their dog or trashing their home.

These are just a few recent cases. There are stories of  similar cases, where people’s rights were violated as they watched in horror the murder of their pets, all across this nation. They clearly illustrate how abusive and unjust the War on Drugs has become. It’s time to end the War on Drugs, the War on People, the War on Pets or whatever the hell you want to call it before more innocent people, plants, and animals are harmed. FAIL.