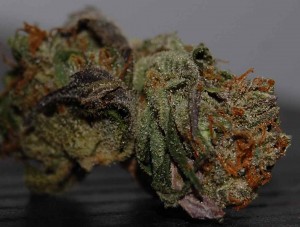 The District of Columbia Council FINALLY approved a measure earlier this week that’ll allow people with certain chronic illnesses to obtain medical marijuana! Back in 1998, sixty-nine percent of district voters approved a ballot initiative to legalize medical weed, but Congress blocked the funds necessary to create a medical weed program. That ban was lifted in December last year.

The 13-member Council voted unanimously to allow doctors to recommend marijuana to people who are infected with H.I.V., glaucoma, cancer or some other “chronic and lasting disease.” The city is looking to allow up to eight medical marijuana dispensaries. Patients are allowed to possess up to two ounces of weed a month and the measure gives the Mayor, Adrian M. Fenty, the option to up that number to four ounces.

After the bill is signed into law, both the White House and Congress have 30 days to decide whether or not to allow the city to move forward with selling weed. To stop the law from taking effect, the House and the Senate must pass a joint resolution and pot-friendly President Obama must approve that shit!

The measure requires patients, caregivers, dispensaries and cultivators to register with the city, restricts dispensaries to a maximum of 95 plants, and prohibits district agencies from arresting medical marijuana users or denying them other services. Congrats D.C…puff…puff…pass!