Welcome to the United States of America, Marc Emery, the land of the free–even though you’re being held here against your will as political prisoner! Sure, you willingly accepted a deal to serve five years here in a US prison, which is probably privately owned, for selling marijuana seeds over the internet from your desk in Canada, to Americans who knew or should have known buying that shit was illegal. But that’s all beside the point, you only “willingly” accepted those charges because it was impossible to willingly accepting the death penalty or the guilt of knowing two of your staffers would spend the rest of their lives in jail because of their involvement making money used to fund marijuana legalization groups. What else could you do?

You see, Marc Emery realized he could profit years ago by selling contraband, and by selling that contraband he could eventually legalize it. No we’re not talking about selling weed here, or even seeds…what Emery started doing was selling literature about weed. Of course that shit sold like hot cakes…why? Because it was prohibited just like marijuana seeds, which Emery began selling only after he completely changed the face of Canada’s weed politics and embarrassed the Bush administration by criticizing the failing War on Drugs.

Emery wasn’t necessarily selling books and eventually seeds just to make a profit, he was selling to make a point and to fuel his activism as Marc Emery is the Jack Herer of Canada. If you don’t know anything about weed, then that name probably doesn’t mean shit to you. But, before Emery spouted off you couldn’t even buy a High Times magazine in Canada…now you can buy his seeds. 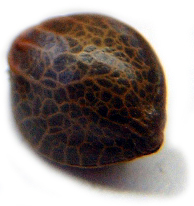 Anyhow, that’s the history. Some guy exposed the truth about marijuana and made it easy for people to obtain it in Canada, pissing off a lot of stuffy North Americans, especially the DEA. Those seeds found their way here to America and have become part of the bedrock genes of the entire medical marijuana movement in the states. Don’t get us wrong, there are some serious native genes down here in the states, especially here in Northern California, but there’s a ton of killer bud floating around that came directly from Emery’s seeds and it’s sadly ironic that he’s surrounded by it and can’t enjoy any of it when he needs it the most! 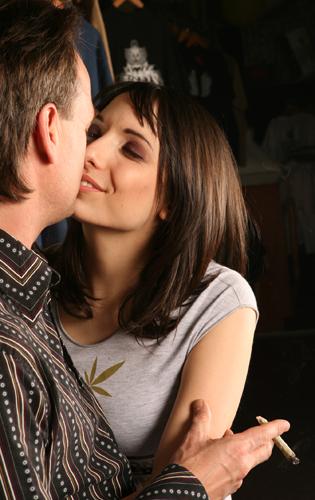 Much like here in America, it’s Canada’s conservatives who are behind all this needless suffering. Emery supporters claim Canada’s Conservative government is initiating a “culture war” by refusing to intervene in the extradition. And, activists have been occupying Conservative Party MP offices in protest. Yesterday, Jodie Emery joined protesters occupying Prime Minister Stephen Harper’s Calgary constituency office.

“My husband committed a crime punishable by only a $200 fine in Canada, yet this Conservative government is sending him to serve up to 25 years in U.S. jail,” she said in the Canadian press release Thursday morning. “I promise you, Stephen Harper, we will hound you until you are nothing but an unpleasant memory.”

Emery arrived in Seattle this morning, Thursday May 20, 2010 in the custody of U.S. marshals. He’ll appear before a judge later today and is scheduled to plead guilty on Monday.

Emery’s attorney says Emery will plead guilty to one county of conspiracy to manufacture marijuana in exchange for an agreed sentence of five years in prison.

Global rallies in opposition to Emery’s extradition are scheduled to take May 22, 2010, with Vancouver’s rally taking place in Victory Square, and the US Consulate in Toronto. Worldwide Rallies for Marc Emery are being planned all across the U.S. and Canada, as well as in Australia and Europe. CLICK to see if your city is on the list and make your voice heard. FREE MARC EMERY!