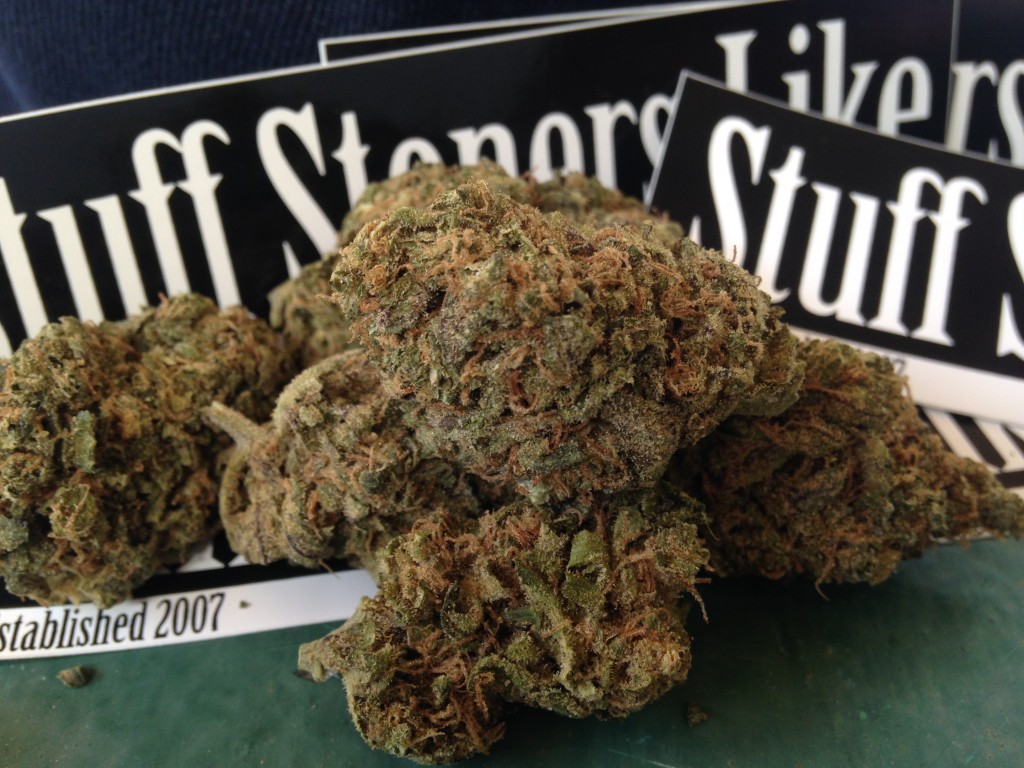 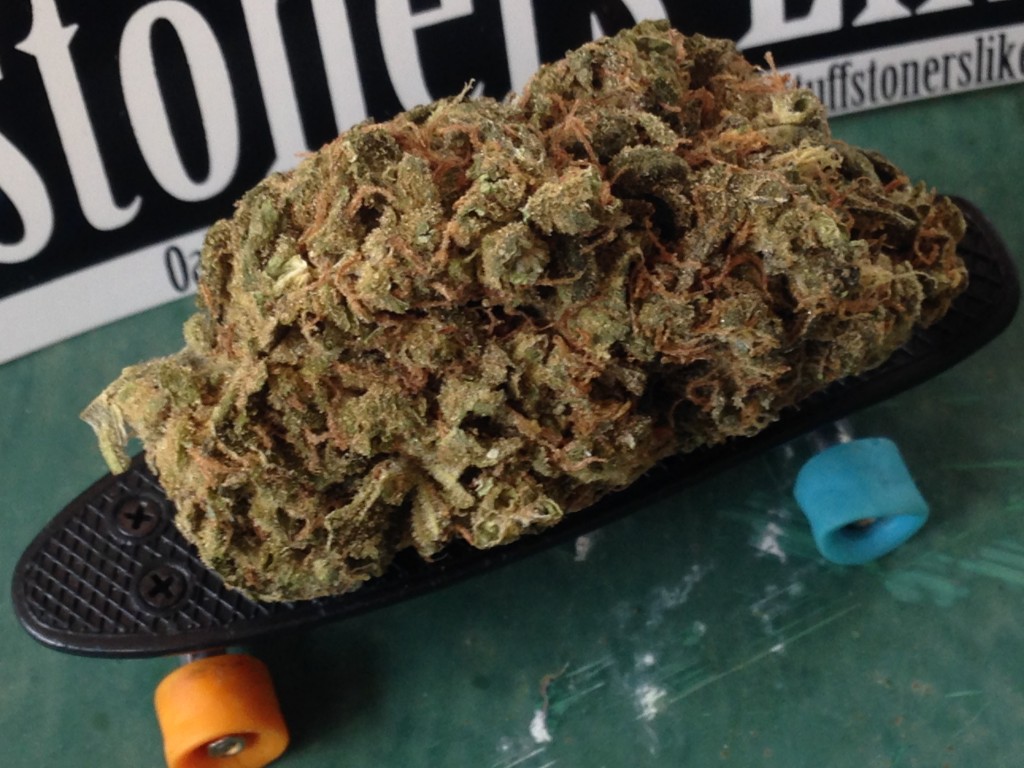 Appearance: There were some fairly large buds in this zip. That’s the benefit: bigger bag = bigger nugs. Each bud was very well-trimmed and coated in a wash of crystals.
Smell: Bubbleberry has an overwhelming stench of skunk and Fruit Stripe gum. There’s also hints of diesel and fresh, ripe blueberries. Flavor: Imagine smoking your favorite diesel strain with some Fruity Pebbles cereal sprinkled on top. The hella tasty inhale is filled with fuel and assorted berry after tones—think raspberry and blackberry. The smoke is velvety thick, smooth and musky but never overpowers the sweet, ripe, berry flavors. There’s also a strong flavor of bubble gum. The only thing more satisfying than smoking Bubbleberry would be pouring some milk over it and eating it for breakfast. Buzz: Being that Bubbleberry is predominantly a sativa, it has a very nice, sort of effervescent high. It is too soaring or spicy like sativas of yesteryear, but it is a bit energetic. And it’s great weed if you’re looking to laugh. Movies are expensive nowadays. Smoking this stuff could be considered good insurance against a shitty Seth Rogan comedy. 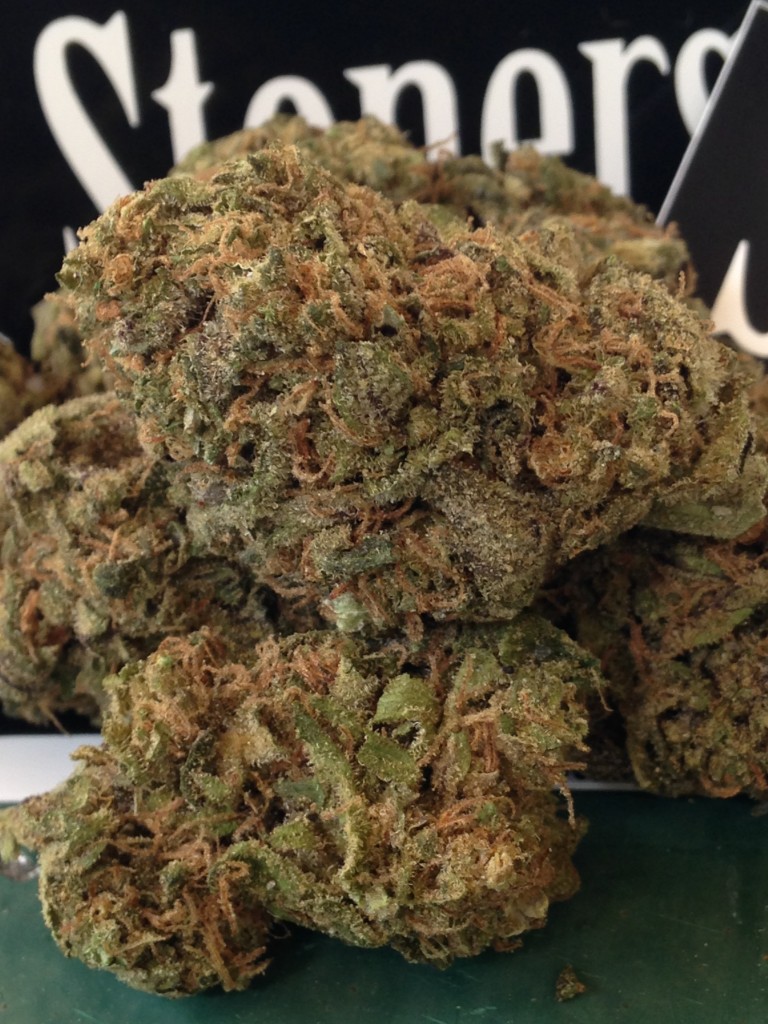 Medical Use: This weed is great for a little cheering up. Lost your job? Hit some bubbleberry. In-laws coming for an extended stay? Hit the bubbleberry. Wasted your money on a Seth Rogan flick? Hit some blueberry. It’ll cheer you up or at least take your mind off of your problems.
Overall: This Bubbleberry was a very good bargain. Marijuana grown in California nowadays is as tasty and as it is potent.

Have you ever tried Bubbleberry? What did ya think of it? Tell us in the comments below.