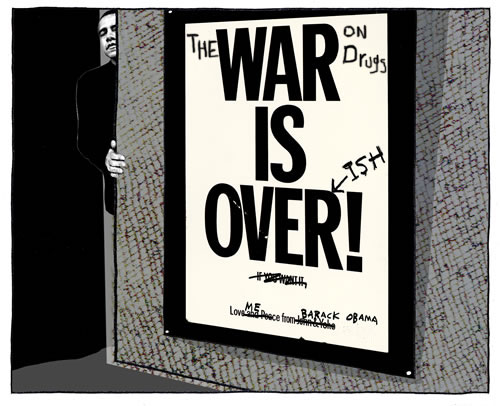 Wow…this War on Drugs stuff is starting to get really serious! So serious, in fact, that Richmond California brought out the bong bomb eradication squad last night…and actually exploded a bong!

That poor defenseless bong never stood a chance! Apparently, the bomb squad and nosey neighbors couldn’t differentiate between a water pipe and a pipe bomb so they evacuated everyone within 300 feet  and exploded the “mysterious metal cylinder… left behind by some taggers who were seen vandalizing a house and a car.”