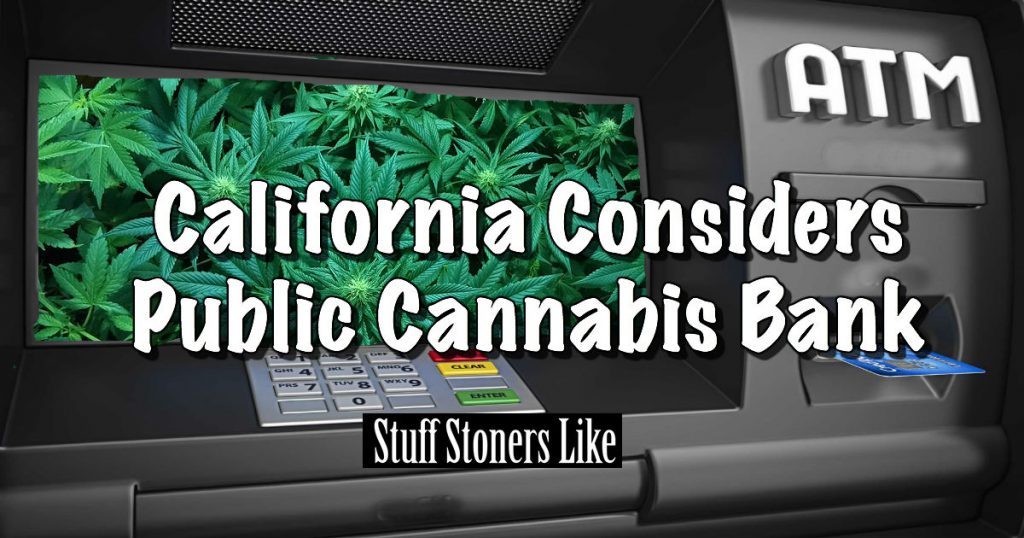 California may have their own banking system for our newly legalized herb industry. Two state officials, State Treasurer John Chiang (D) and Attorney General Xavier Becerra (D) said they would begin a feasibility study to test whether a state-run bank is a good option for California’s pot industry.

Pretty big news for the budding legalized industry. Currently, herb business owners have limited access to the banking system because of federal law. Many businesses are operating largely in cash which creates concerns about becoming targets for burglars and robbers. Not to mention the State wants to insure all taxes are being paid and cash only could make this difficult.

Chiang also indicated our least favorite, weed hating government official, Jeff Sessions has complicated the matter with his recent pulling of the Cole Memo. No longer having the Obama-era regulation in place has heightened the urgency to establish a state-run bank.

Chiang added, “California and other states will need to lead when it comes to bringing the cannabis industry out of the shadows so that it can be properly regulated to prevent sales to minors, to protect the public’s health and safety, and ensure cannabis businesses behave as legitimate tax-paying members of our economy.”

Although the state officials may be backing a state run bank, a few dissenters are in the mix and may have the ability to defeat the effort. The Consumer Choice Center, an anti-regulatory group with ties to the network of conservative mega-donors run by Charles and David Koch, said creating a bank would be a burden for state taxpayers.

“Opening the banking sector for cannabis-based businesses is necessary, but a government-owned and operated bank in California will only invite more problems and prove disastrous for California’s residents and taxpayers,” said Yael Ossowski, deputy director of the Consumer Choice Center. “A state-controlled bank will only invite scandal and mismanagement, and significantly limit growth for the industry in the long term.”

The above deserves repeating because the irony is just too much. An uber conservative, anti-regulatory group connected to the 1% Kock brothers, thinks a state bank would create scandal and limit growth for the industry? I don’t know what the hell the Consumer Choice Center is smoking, but I really want some. It’s obviously mind numbing and allows you to create any fantasy you want.