1. Unlike all the various weed strains that look so different once grown out, all cannabis seeds look the same. It doesn’t matter if you’re talking about regular, feminized, or autoflowering cannabis seeds, Indica or sativa weed seeds or seeds for growing industrial hemp—there’s no noticeable difference. So label your pot seeds very well, dude. And make sure to always either make your own cannabis seeds or buy top shelf marijuana seeds from a reputable seed bank.

2. Even though all cannabis seeds like the same there are a few barely discernible differences among the different varieties. Some marijuana seeds are not much larger than a tomato seed, some seeds appear to be as big as a small pea. Often, but not always, cannabis sativa seeds are smaller than seeds from Indica plants. Of course the size of your weed seeds doesn’t offer any indication of the size or health of the weed plant that will grow from it.

3. Pot seeds possess an almost perfect balance of the essential fatty acids—including Omega 3, 6 and 9. These fatty acids are vital to human health and cannot be produced by the body. That’s why you’ll often see pot seeds included in cereal or granola bars at the health food store. There’s no difference between the essential fatty acids in typical cannabis seeds and hemp seeds. However cannabis seeds are a lot more expansive than hemp seeds simply because they contain beneficial cannabinoids like THC.

4. Humans and cannabis seeds have a long history together. The oldest known cannabis seeds are 2,700 years old. They were found in a Chinese grave back in 2007. Along with marijuana seeds ancient cannabis bud containing THC and CBD have also been discovered. 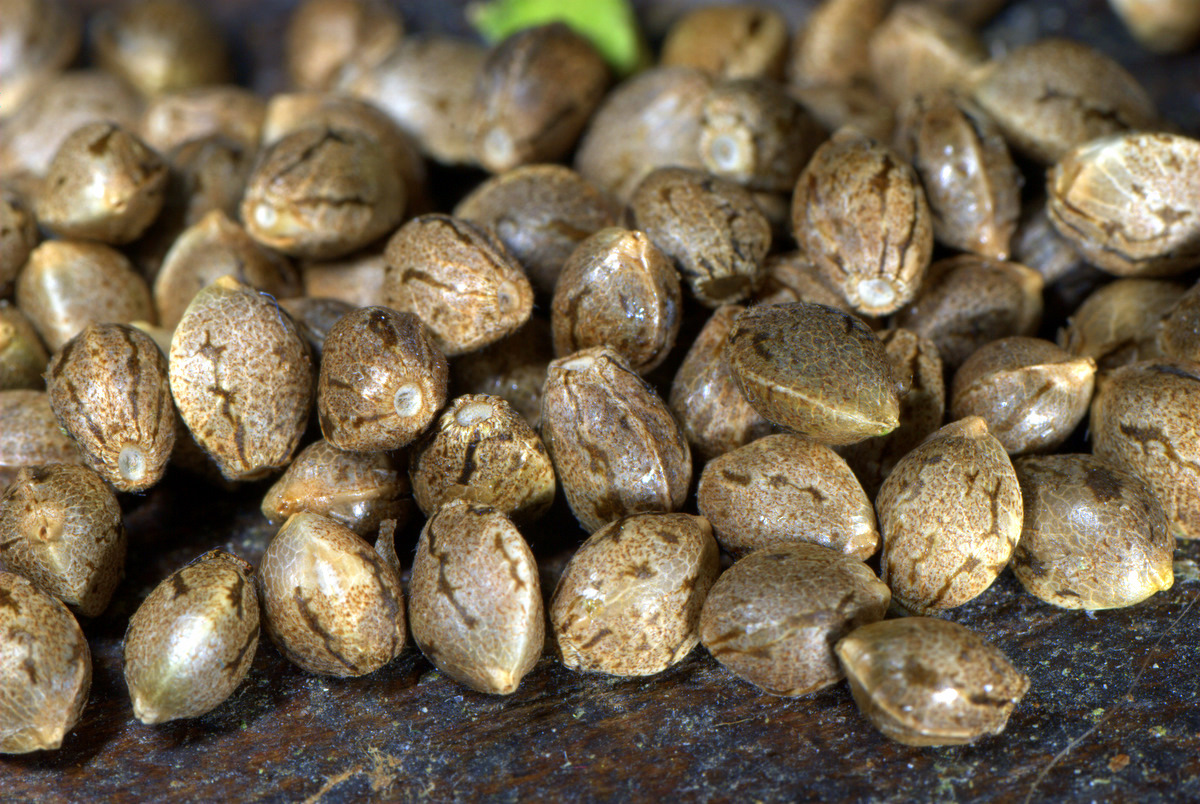 5. One marijuana plant can produce hundreds even over thousands of seeds. Of course the amount of seeds it delivers depends on the size of the plant, how it’s grown and the  efficiency of pollination during flowering. But thousands of seeds? Damn. Companies with marijuana seeds for sale online charge on average about ten bucks a weed seed.

6. Store unused cannabis seeds between 30 to 45 degrees Fahrenheit. A typical refrigerator might do the trick—especially the door. But make sure to keep your weed seeds in a dark and dry location to avoid both mold and premature germination.

7. In a lot of places around the globe the possession of cannabis seeds is completely legal—germinating marijuana seeds and then growing them out, however, is not. That’s why you might see the terms “collectors’ items” on web sites when you’re looking “for marijuana seeds for sale for sale.

8. Hemp seeds were taken on long sea voyages during Golden Age of exploration. If sailors became stranded they could eat the nutritious seeds as source of food. Of course they could also plant the rest of the seeds and make more or use the rapidly growing hemp plant and its derivatives like rope to fix their ships.

9. Hemp seeds were used in religious rites by the Scythians. You’ve heard of they scythe, right? these are the ancient dudes where the blade takes its name. They used it to reap their crops including hemp.

10. Hemp seeds are a common ingredient in bird food. You’ve probably heard the one about the Gramma who knocked over some bird seed in her garden then got busted for unwittingly growing weed from those “weed seeds?” It’s not true, dude. Those seeds are zapped so they don’t germinate.

Have any interesting cannabis seed facts you’d like to contribute? Let us know in the comments below…