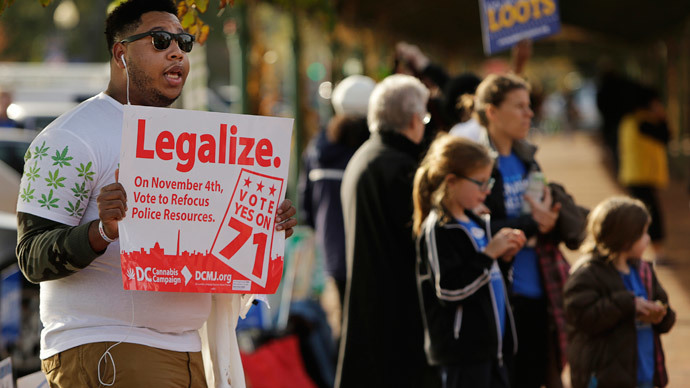 Provisions in Must-Pass Spending Bill Would Overturn the Will of D.C. Voters
Elected officials and drug-policy advocates hoped to make the nation’s capital the first place on the East Coast with legal pot. They wanted to use the District of Columbia as further encouragement for states to make their own marijuana laws, and they were optimistic that Congress wouldn’t intervene, pointing to a Republican caucus that’s far from unified against pot.

Those hopes were crushed late Tuesday when Congress reached a $1.1 trillion spending deal that bars the District from legalizing marijuana. The move by Congress followed a familiar playbook when District leaders try to enact social policies that conservatives on Capitol Hill disagree with. Rather than trying to vote down the pot initiative, which Congress has the power to do, opponents placed language in an essential spending bill that would prevent the city from spending any money to enact it. 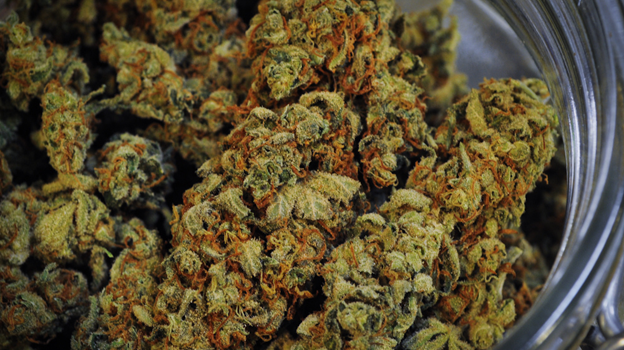 “I kind of always expected the House to do this,” said Adam Eidinger, chairman of the D.C. Cannabis Campaign, the group behind the initiative. “What I didn’t expect was the Democrats to give up. … It’s totally unacceptable.”

Voters in the District approved the marijuana initiative in November by a nearly 2-to-1 margin. Alaska and Oregon also voted to legalize pot, and drug-policy advocates are planning to push legalization initiatives in California and several other states in 2016. The drug is already legal in Colorado and Washington state.

The District’s initiative would allow possession of up to 2 ounces of pot or up to three mature plants for personal use. It doesn’t address the legal sale of marijuana, leaving it to the D.C. Council to pass a tax-and-regulation framework.

If the spending bill is approved, all that would be on hold until at least next September, when it expires. But support for the bill among Democratic leaders was wavering Wednesday because of other provisions, raising the possibility that Congress could keep the government running on autopilot until Republicans seize full control of Congress next year. That scenario would likely delay action by Congress on the marijuana initiative rather than preclude it. Republican control could also open the door for Congress to dictate District policy on other issues, such as gun control.

In the meantime, the District would be left with the recent status quo when it comes to pot. The city decriminalized possession of the drug this year. People caught with small amounts of pot are now subject to a $25 civil fine, one of the nation’s lowest. 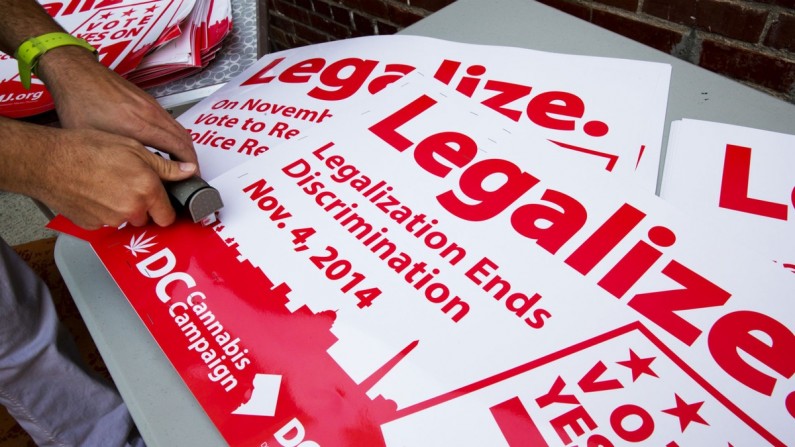 Rep. Andy Harris, a Maryland Republican and an anesthesiologist, tried unsuccessfully to block the decriminalization law, arguing that it would make pot more accessible to young people, whose developing brains can be harmed by the drug.

“I am glad Congress is going to, in a bipartisan way, uphold federal law to protect our youth by preventing legalization in Washington, D.C.,” Harris said in a statement Wednesday.

Democratic Sen. Barbara Mikulski of Maryland, one of the negotiators of the spending bill, supports autonomy for the District and “was able to talk down House efforts to impose new gun laws on the city” as well as protecting the city’s decriminalization and medical marijuana laws, said Vincent Morris, a Mikulski spokesman.

Even after the District decriminalized pot, activists continued to push for legalization in the context of racial justice, pointing to police statistics that show most of the tickets are being handed out in majority-black neighborhoods.

Del. Eleanor Holmes Norton, a Democrat who represents the District in Congress, said the bill’s language contains a potential loophole that would still allow legalization to take effect while blocking the city from taxing and regulating the drug.

Democratic Mayor-elect Muriel Bowser, who takes office in January, has said that she does not want unregulated legal pot in the city because of the implications for law enforcement, but on Wednesday, she said she would “respect the will of the people of the District of Columbia” and support legal possession even if Congress took taxation and regulation off the table.

By BEN NUCKOLS From the Associated Press