Cosmos On Weed with Neil deGRASSe Tyson, by the comedy collective, Nacho Punch is today’s STUFF STONERS LIKE VIDEO OF THE DAY. And who knows, maybe Neil degrasse Tyson does smoke weed? Maybe he just doesn’t want anybody to know about it like the original host of Cosmos, Carl Sagan. Without ever disclosing his own use, the famous scientist began advocating for the legalization of marijuana near the end of his life in 1996. Before Neil DeGrasse Tyson’s version, Sagan’s thirteen-part Cosmos series, first broadcast by PBS in 1980, had been viewed by over 500 million people across more than 60 countries. For a solid decade after its release it was the most widely watched series in the history of American public television and it was written and created by a STONER.

Sagan’s pot use was known only by his close friends. In fact in 1967 Sagan’s buddy, Associate Professor Emeritus of Psychiatry at Harvard Medical School, Dr. Lester Grinspoon decided he’d try to convince him to consider giving up weed. Grinspoon believed it was harmful. Sagan knew better. He refused and told Grinspoon that he was the one who should reconsider marijuana’s use. 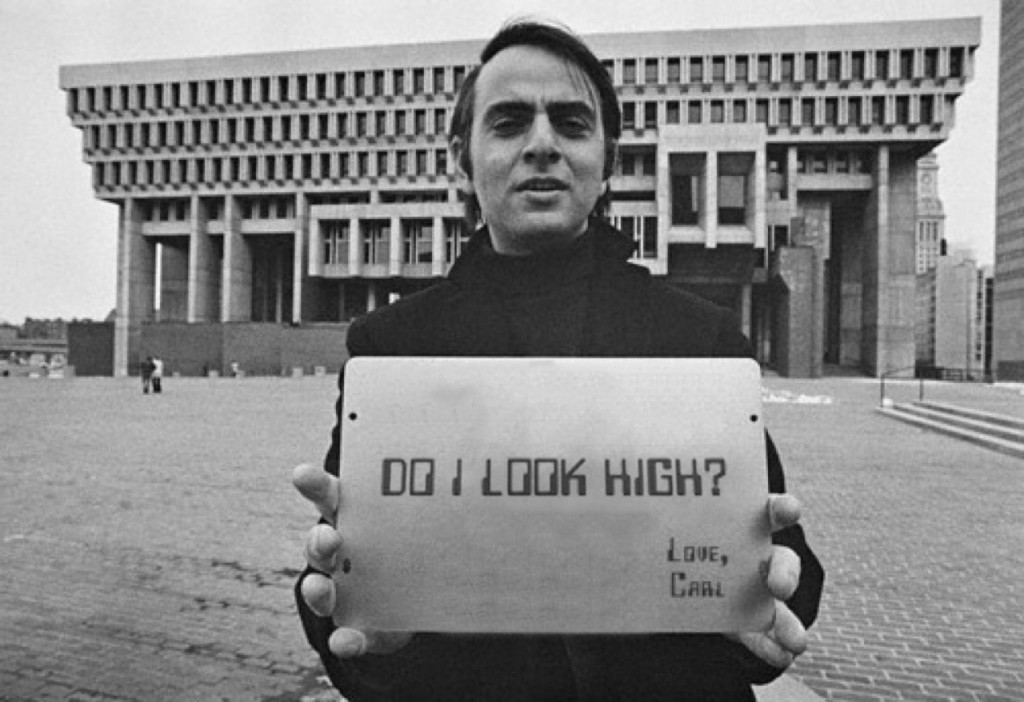 Determined to prove his friend wrong, Grinspoon set out to cultivate an argument against the herb by thoroughly researching its history. And you know what he found? He found that for decades he, and the rest of the world, had been lied to about marijuana. Four years later (1971) and despite facing pressure at Harvard, Grinspoon published, Marihuana Reconsidered. Along with details of the decades-long government propaganda campaign to keep marijuana illegal,the best-selling book contained a well-articulated essay for legalization by a man mysteriously identified only as Mr. X.

“The illegality of cannabis is outrageous,” wrote Mr. X, “an impediment to full utilization of a drug which helps produce the serenity and insight, sensitivity and fellowship so desperately needed in this increasingly mad and dangerous world.”

Three years after his passing, Grinspoon revealed that Sagan was in fact, Mr. X—proving to the world that even enthusiastic pot smokers like a world famous author, TV host and scientist can achieve astronomical results while HIGH.