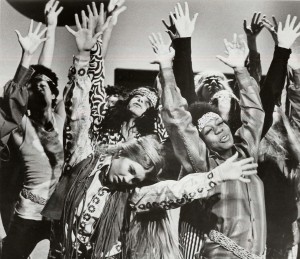 IMAGINE what life would be like right now…if they would have legalized WEED at the peak of the summer of LOVE. Seriously, think about it. You can’t deny the importance of herb and the synergy it created with newly adopted ideals realized from Buddhism gathered from insight while being stoned. That shit changed the world.

Buddhists smoked herb in spiritual practice to expand the mind and the children of the 60’s followed suit. Popularized by groundbreaking artists like Dylan, the Dead and the Fab Four marijuana grew on society like a weed. And, the results were almost marvelous.

Suddenly those stuffy 1950’s values were realized as arcane as they were framed by rigidity only found in Christianity and other failed doctrines. The counter culture crawled out of the dark ages and into the light of selflessness and began to change the world. Community became important, as did nurturing the environment because the hippie movement realized a fundamental truth of life; ONE LOVE. That is; we are all ONE and LOVE is all you need. It IS that simple and besides, that’s what the whole Summer of LOVE was all about!

But, what happened? What fucked it all up? Maybe it was drugs after all. Remember, weed didn’t kill Jim, Jimi or Janis! Like tumbling dice those unfortunate fucks and thousands of other young hipsters alike experimented with drugs and lost. Hard drugs don’t expand the mind; they disconnect it and smother its victims in a serenity drenched blanket of despair, dependency and death. They drive Hells Angels to mercilessly shank Rolling Stones fans and give the puritans reason to persecute! Those who survived hard drugs or participated in the counter-culture revolution dropped the ball. Sure a tiny minority continued the fight, but who were they? Most went on to collect destructive habits that eventually lead to enormous levels of greed and selfishness not yet seen since the Crusades. Several just sat back and shut the fuck up, became passive and let fundamentalist fiercely unleash a crushing Christian backlash that culminated in an all out WAR ON PEOPLE who use drugs…weed included. Or they worked to create a hybrid of greed and drugs, one that’s plague our country for years by creating mindless zombies and driving health-care costs into the stratosphere…yeah, it’s called the Pharmaceutical industry.

Thanks boomer generation, thanks for turning your back on those “hippie” values you once held so high…those values…ARE the fucking zeitgeist of our time!  How quickly you discarded those values! You tossed ‘em on that disgusting ginormous trash heap just like you did all your empty beer cans and potato chip bags back in Woodstock NY once you were finished basking in that farcical  so-called “3 days of peace and music”. Who are you kidding? It was really just 3 days of aggrandizement, entitlement and greed. Didn’t anyone get a look at the aftermath of those 3 days of peace and music…the fucking place resembled a war zone. Looking back…those 3 days of gluttony and nihilism, NOT peace and love, were to foreshadow things to come.

The nihilism continues! The mainstream constantly reports how the selfish BOOMERS are back at it again…reverting to bong hits to cope with their aches, pains and failures. A survey by the federal government found the percentage of people 50 and older using marijuana went from 1.9 percent in 2002 to 2.9 percent in 2008. The rise was most dramatic among 55- to 59-year-olds. Their reported marijuana use more than tripled from 1.6 percent in 2002 to 5.1 percent and those numbers will increase as boomers collectively realize their pharmaceuticals have failed. Maybe this time they’ll truly understand that the herb is the healing of the nation and finally get that whole FLOWER POWER thing right…but we ain’t holding our breath.