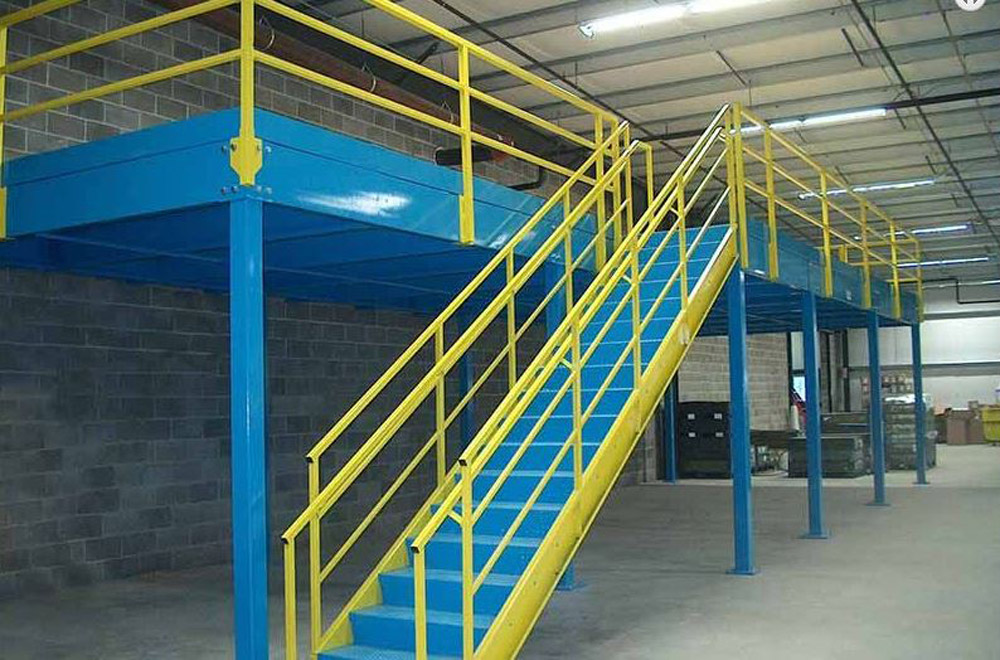 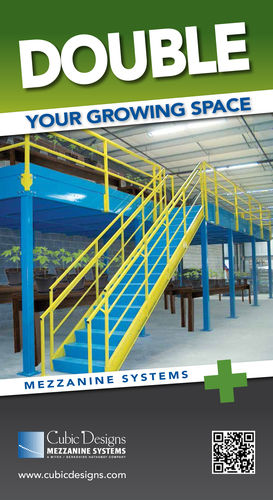 According to Bloomberg, Cubic Designs spotted the opportunity after a few enterprising pot growers approached them about their ingenious mezzanine systems. “We sold a few mezzanines into that market and decided internally, Why don’t we do some marketing,” Shannon Shalchert, Marketing Director for Cubic Designs, told Bloomberg.

Because finding marijuana growers isn’t all too easy, the company sent about 1,000 fliers to marijuana dispensaries located in Colorado, Washington and California, in recent weeks hoping the flyers would find their way into the right hands. “One challenge has been locating growers, because they don’t advertise their names or whereabouts,” she said.

“Double your growing space,” the flier reads in capital letters, above an image of an indoor facility with rows of goofy-looking pot plants photoshoped under the structure. Another page says, “Grow your profits.”

Warehouse space is in high demand in places like Denver, where growers are looking for places to grow weed. And of course that’s allowed landlords to raise prices. Not surprising, Shalchert says that Cubic Designs plans to target commercial real estate agencies next, with the primary intent of showing them how to fill unused warehouse space with cannabis cultivating tenants, and how lucrative those lease payments can be.

Buffet purchased Cubic Designs, a 25 year old New Berlin, Wisconsin company in October of 2013. Did he plan on using it to entering the marijuana market back then? Who knows, but Shalchert, told Bloomberg that she thinks that the cannabis industry is still a bit of a shadowy operation. “The one thing with this industry that’s kind of tough is that it’s somewhat still secretive,” she told Bloomberg.

Well if an 84-year-old can see the huge profits to be made in the emerging weed market, it ain’t much of a secret any longer, now is it?

Would do you think of these platforms that’ll double your grow space? Let us know in the comments below…