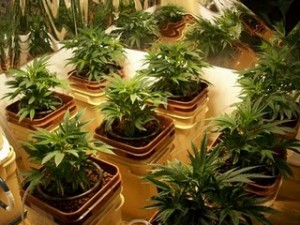 Nobody, not even Californians, medical marijuana patients, activists, stoners and especially nine former administrators of the DEA can agree on Proposition 19, the Tax and Regulate Cannabis Initiative that’ll appear on California ballots on November 2nd, 2010 that looks to legalize marijuana for adults 21 and up.

The DEA has a solid plan to make a vote to legalize weed…null and void. And to make this happen, nine former administrators of the Drug Enforcement Administration have issued a preemptive cock block to President Obama and the White House saying if California does legalize weed in the fall…then the President should sue California, according to a letter ex-DEA dicks wrote and mailed to Attorney General Eric Holder on August 24. It said the potential legalization of marijuana would challenge federal authority and merit a lawsuit against the state – much like the one Mr. Obama has filed in protest of Arizona’s controversial immigration law, which the administration say contradicts national policy.

“We would expect the Department of Justice to act just as swiftly and for the same reason,” the DEA administrators said of the potential passage of Proposition 19.

So far, the Obama administration has not yet issued a response. But keep in mind what happened recently here in California with gay marriage. The people voted for a ban…the courts lifted it going against the popular vote. The very same thing can and most-likely will happen here in CA if Californians vote yes on marijuana.