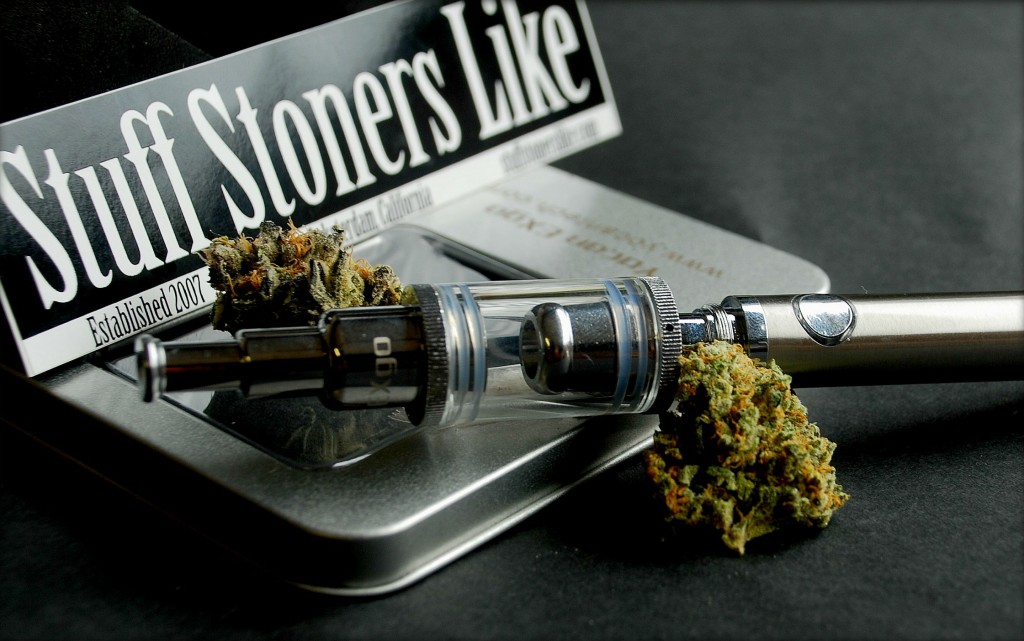 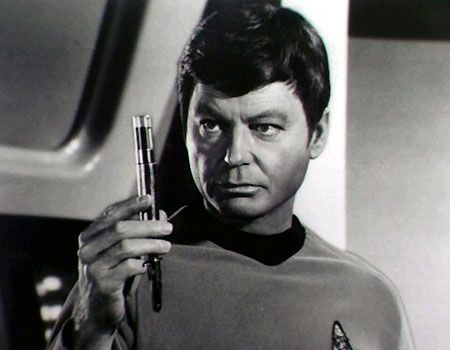 Have you ever been stoned at two in the morning? Of course you have, you read blogs like STUFF STONERS LIKE. Well then, you’ve probably seen an episode or two of the original Star Trek. Remember that device Bones had—that thing that delivered drugs through the skin? Well, the EXGO by Yocan vape pen looks hella like that thing. And it also delivers drugs—via tasty vapor.

The EXGO vape pen is hella heavy, man. Well as far as vapor pens are concerned it’s heavly. It feels pretty well built too. We dropped this sturdy vape a few times and no damage to report. The best thing about this vape pen? It makes really big vaer clouds. Who doesn’t like a big vape cloud? If you’re tired of the minimal vapor you get from typical vape pens, this next-generation pen is for you, man. The EXGO’s bowl and coil are super large and super heavy duty. That’s a great thing in a vapor pen, dude. So you can pack it with a ton of wax or butter or shatter and it’ll quickly turn the contents into a billowing cloud of instant relaxation. Sure, the EXGO is a li’l less stealthy than average vape pen but it looks cool and big vape clouds = big flavor, man, not to mention big highs. Our test vape pen came with an extra replacement coil. We’ve used this thing daily for about a month and still haven’t had to bust it out.

Filling the EXGO vape pen is pretty simple—just pull off the glass dome and fill up the fat bowl. The glass is a cool feature because you can watch the vape chamber accumulate vapor. And for a portable vaporizer it’s huge. The tip is adjustable, kinda like an old school telescoping TV antenna and a full charge on the Yocan E-Prod battery lasted about a full day. The battery’s power button turns white when it’s fully charged, blue when 50 percent charged and red when less than 20 percent. Pretty sophisticated vaporizer, eh?

Unlike that crazy syringe from Star Trek the EXGO vaporizer pen is probably not going to save your life. But of all the vape pens we’ve tested lately, this vape pen has a fat bowl and vape chamber that really boosts your ability to make huge vape clouds. This bomb vapor pen will definitely save you from life-threatening boredom. For more information about this vape pen and other available similar vaporizers check out: Dabdillinger.com