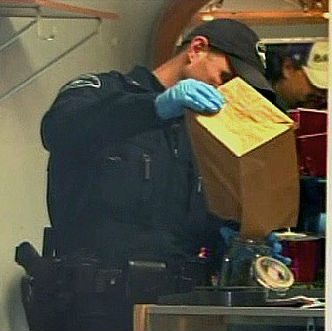 A spokeswoman for Durkan’s office, Emily Langlie, said one person was arrested by federal agents, and that additional arrests had been made by sheriff’s deputies in separate raids across three counties, but did not confirm how many people were arrested.

Under a 1998 voter-approved state law, Washington legalized weed for medical purposes, but medical marijuana dispensaries aren’t explicitly permitted nor are they banned. State law does allow collective medical marijuana gardens of up to 45 plants, or a maximum of 15 plants per patient. But, in April, Governor Christine Gregoire vetoed most provisions of a bill that would have established a new regulatory system for medical marijuana. In the past, according Reuters, “Gregoire has said she was swayed by a legal opinion from U.S. prosecutors threatening to target not only dispensary owners but state regulators who would enforce the proposed new law.” 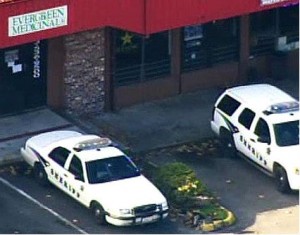 Last month, 4 maverick Federal attorneys in California announced a major crackdown on dispensaries there and threatened landlords and dispensary owners with forfeiture of their property in 45 days if they didn’t shut down. They even went as far as threatened to prosecute magazine publishers who accepted ad money from dispensaries. After much confusion, it came out that the 4 attorneys consulted with some DC official and never had the Obama Administration’s green light to launch the attack. The 45 days deadline expired on Saturday.

Back in May and April, Federal agents raided seven dispensaries in the eastern Washington city of Spokane after they refused to shut down. Despite all the recent marijuana raids, yesterday’s sweep took dispensary owners completely by surprise, said Seattle defense attorney Aaron Pelley, who told Reuters that two pot dispensary clients were “served with pre-indictment paper” by law enforcement but not jailed!

“In eastern Washington and California, they fired a shot over the bow. Here in western Washington, it looks like the feds put boots on the ground and started kicking down doors,” Pelley said.