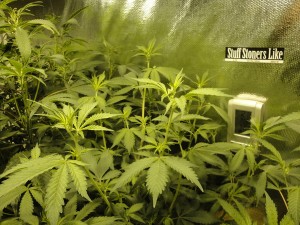 The city of Oakland, California has been at the vanguard of the marijuana movement for years, but it’s Oakland’s determination to mass-produce tax revenue by mass producing marijuana that’s keeping it there. And, that’s why yesterday the Federal Government issued another letter (read it here) to Oakland reminding everyone that “growing weed is against the law motherfuckers, especially mass producing the shit.”

Sure, lots of cities here in California have laws allowing for the sale and distribution of marijuana through licensed dispensaries and they’re raking in tons of cash by taxing medicine alone, but none of them have laws that will allow them to tax the shit out of the production of that medicine, yet.

Realizing the mass-production of marijuana would lead to the eventual mass production of tax revenue, on July 20 of last year Oakland passed Ordinance No 13033 which allowed for “Industrial cannabis cultivation and manufacturing facilities”. The ordinance, the brainchild of  Rebecca Kaplan and Larry Reid of the Oakland City Council, would permit 4 weed-culture-crushing, 100,000 square-foot marijuana factories generating tons of cash from not only taxing the shit out of people’s medication but by also charging each factory a yearly fee of $211,000 plus an additional $5,000 just to cover administrative costs! 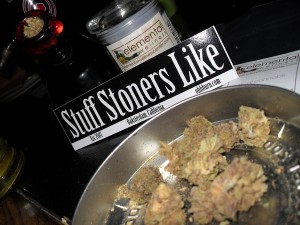 Of course the opposition met the weed-factory idea with the usual garden variety propaganda; gateway drug, influx in crime, increase costs in policing and rehabilitation, ect. Some thought the new ordinance would create a monopoly on the growing of medical marijuana, limit competition and selection of medicine and put many small-time growers out of work.

And some groups, like the Federal Government and the Justice Deparment, just reminded everyone that the Controled Substance Act is still in full effect and “growing weed is STILL against the law ”. To drive home their point, in December the Obama Administration threatened the city of Oakland, California over the licensing, saying “the plan is in violation of state and federal law and could trigger multiple legal actions against the city.” The blunt Federal threats were delivered directly to Oakland City Attorney John Russo. Yesterday’s letter, recieved by the Oakland city counsel was just a response to a letter Russo sent out last month, January 14, looking for “guidance” on the matter.