Lineage: This Indica-dominant hybrid, with OG Kush and San Fernando Valley OG Kush F3 parents, can deliver THC levels in excess of 20% with CBD levels of 0.36%. Fire OG is regarded by many to be the most potent OG Kush strain on the planet. It’s frosty nugs are covered with red hairs—giving the appearance that it is on fire—suffice to say it lives up to its name and because of its Sativa dominant genetics it flowers in around 9-10 weeks.
Looks: This sample of Fire OG Bubble Hash appeared like freaky pieces of fudge that took a trip through some syrup and then got a shoeshine.
Scent: This Fire OG bubble smelled like someone tried using Lemon Pledge to tag a coffee table soaked in espresso.
Taste: Imagine a pungent pine cone lemon meringue pie that was set on fire.
High: Vape pen and glass worked like a charm on this Fire OG bubble hash. I was able to carry out my day in an upbeat creative fashion while helping to alleviate my hypertension and anxiety. 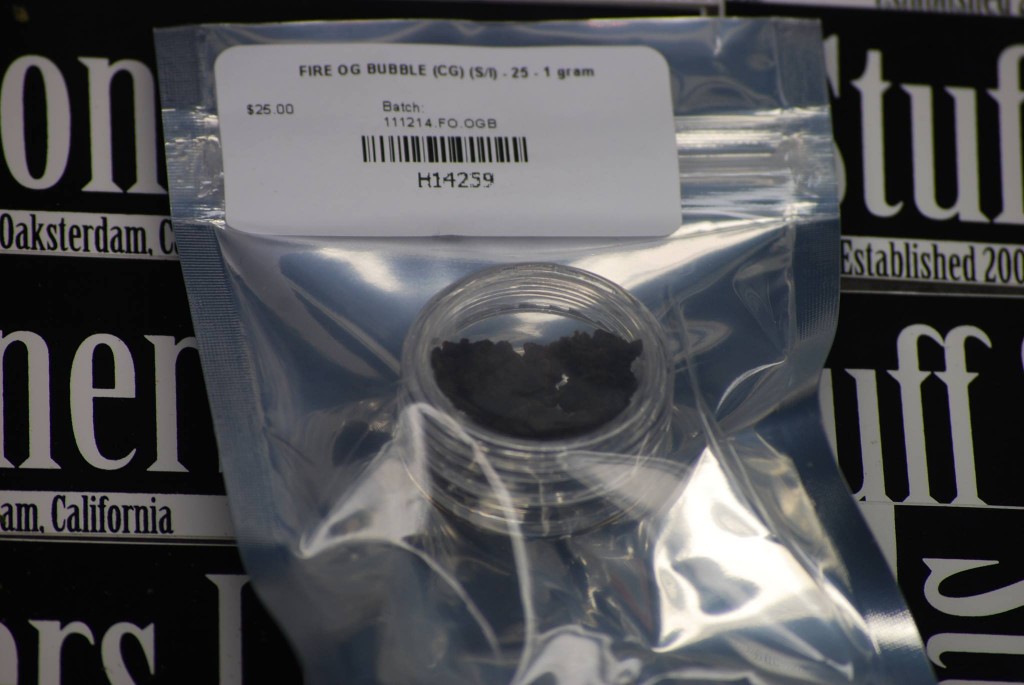 Buzz Length: 3 huge hash hits left a high for a good 120 minutes.
Medicinal Applications: Insomnia, fatigue, eating disorders, appetite, migraines, muscle spasms, joint discomfort (are what) Dream Queen Bubble hash can help relieve. Other conditions include depression, anxiety, PTSD, hypertension, epilepsy, HIV/AIDS and cancer…
Overall: I scored this concentrated Fire OG Bubble Hash from the Harborside Health Center in Oakland. With California receiving much needed precipitation after a three year drought and suddenly becoming overwhelmed by torrents of tropical rain pounding the San Francisco Bay Area and breaking many records for the month of December, it was real nice when I had arrived and once again had the pleasure of checking out the beautiful dispensary and all its amazing high-grade strains with my soon to be fiery-red eyes. Every visit to the Harboside is an enlightening experience. From the moment you enter, to the moment you leave, you are welcomed very politely by some of the friendliest folks in the business. Located near a harbor, filled with sailboats, the surroundings are breathtaking and a fantastic area to pick up great medication even on a saturated Saturday soaking the dried up state! And as wet as it was and as hard as it was coming down, I was on the up and up and all fired up! For the Fire OG had me lit up like an old Christmas tree! 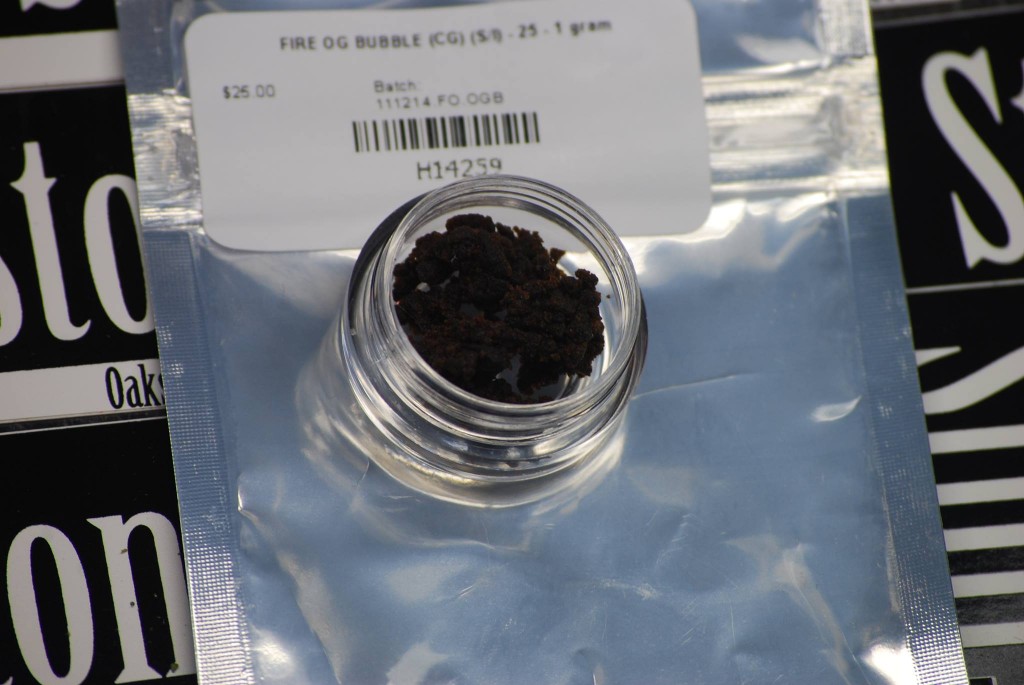