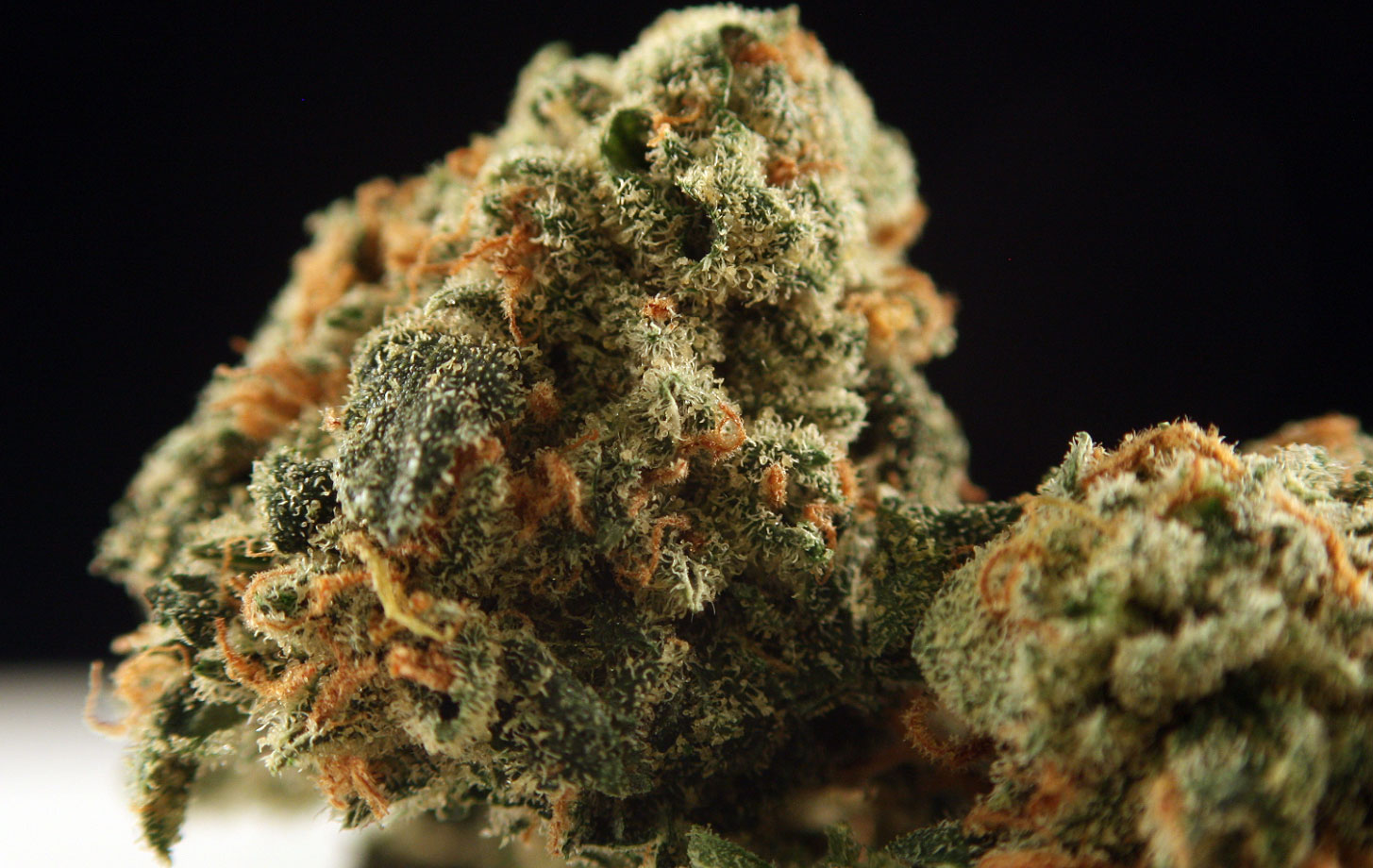 Genetics: Out of all the cannabis strains I’ve reviewed so far, G13 has by far the most interesting internet lore surrounding it’s genetics and origins. Legend has it, and keep in mind there are many, that either the government gathered up the best landrace strains and secretly bred them in a government weed facility to produce the G13 strain. Of all the most popular weed strains on Leafly G13 ranked 26th.

Another and probably more likely story says that back in the day the government, with the help of the University of Mississippi, was breeding Afghani Indica clones trying to create some sort of super indica strain. Neville Schoenmakers talked someone working at the grow facility in Mississippi to bring him a cut. And out of the supposed 25 cuts he was brought, number 13 was the most stable. If you want to read more legends about the G13 marijuana, check out this cool list on Urban Dictionary.

Appearance and Feels: This weed is dark, dense, dank and a little on the dry side. That’s probably due to the batch date being back in July of 2015. I’ve noticed that cannabis definitely doesn’t keep as well in bag type packaging as it does in the glass jars some farms are using. There’s some decent trichome coverage on this flower, which has darker leaves over a lighter green calyx. The pistils are a nice orange tone, which you can see from the pictures.

RELATED: How Long Does Weed Stay in Your System?
RELATED: Top 10 Stoner Quotes

Smell: When it comes to the aroma here’s nothing too distinct about this weed, just your normal every day good weed smell. I noticed some piney earthy notes on this G13 that have a tiny hint of something sweet in there. Actually I can’t really tell if it’s sweet or sour. Honestly, for some herb that has been in a bag as long as this has, it still smells like some good ass weed.

RELATED: Craigslist Denver Is NOT A Legal Marijuana Marketplace
RELATED: What is Marijuana Really?

Flavor: This stuff pretty much tastes like it smells—dank and delicious. There’s definitely more of a sweet piney taste when you blaze the G13 strain, much more than it smells like. Bong rips of G13 are nice and heady. Lately I’ve been enjoying my flower through the Stax setup I picked up from 420 Science! If you aren’t familiar with Stax, you should definitely get informed.

High: This weed is some dick in the dirt shit for sure. We’ve blazed about four bong loads now while writing this review and taking turns playing Battlefront with my buddy. It definitely didn’t help increase my accuracy and focus like other strains might, but it made the game much more enjoyable. G13 weed delivers that relaxing giggly sort of buzz that makes you crack stupid jokes. It’s good stuff.

Overall: Who really knows if the G13 you find in rec shops is actually the real deal. The people who run the shops only know what they are told from the growers and those people only know what they are told from whom they got their seeds or clones from. It’s like a giant game of telephone on the internet, which makes it doubly weird. But that’s half the fun of writing these reviews. The lore that surrounds some of this stuff is pretty phenomenal. And for me that’s some classic stuff stoners like. Ever try the G13 strain? Leave us a review in the comments below…