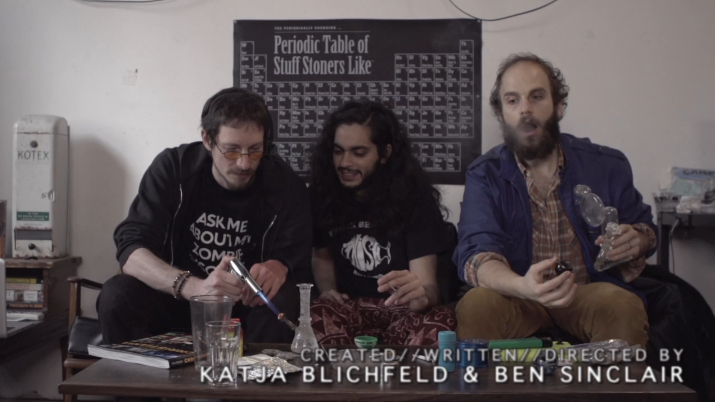 High Maintenance is Stuff Stoners Like because it’s not only a super awesome webseries, they shot the best movie end credits EVER.

Admit it though, if you smoke weed you’ve never gotten up and left a movie theater before the credits started to roll. And that means you’ve never missed the best part of Spinal Tap or Toy Story, man. You know, those funny-ass outtakes and additional scenes they tack on to the end of a film. Inertia, dude—it’s like a total benefit of being a stoner—that and not having to worry about bad hair days, and shit.

Throughout the web series High Maintenance, the main character is a weed delivery dude. And he’s always is referred to as just “the guy” — as in, “Can we call your guy?” or, “I don’t have any but I can call my guy.” For many of his customers, this nameless delivery dude is a true friend and confidante. His phone is constantly chirping with calls from his delightfully strange and diverse clientele. There’s a gruff bird watcher, an anxious assistant buying weed for her boss, a cross-dressing dad with writer’s block, and a longtime buyer who’s deflated when the dealer tells him the girl he’s dating is homeless. Described by NPR the High Maintenance web series is equal parts poignancy and wry humor, High Maintenance is built around these oddly intimate transactions. Episodes are short vignettes, ranging from six to 15 minutes long, in which the earnest, nonjudgmental marijuana messenger is genuinely cool with most of his clients. Take the reclusive man who lives with his bedridden mother and is obsessed with the actress Helen Hunt. The pot dealer tells him, “I thought about you” when he happened to catch Hunt in the movie Desperate Lives. The reclusive man beams: “1982. Some of her best work,” he says.