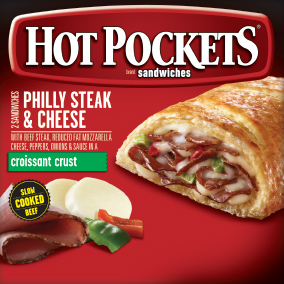 STONERS like Hot Pockets. Who doesn’t dig a Pop Tart filled with nasty meat when they’re hella stoned? That’s why they’re #72 on the Periodic Table of STUFF STONERS LIKE. But, we didn’t know that some Hot Pockets are being made with “diseased and unsound animals”. WTF? It’s true and this ain’t no fire drill. So if you have a few boxes stocked in your freezer just ready for when the munchies strike you may be holding some tainted shit that needs to be tossed.

According to the Food Safety News, “Last week, Rancho Feeding Corporation of Petaluma, CA, recalled approximately 8.7 million pounds of beef because USDA’s Food Safety and Inspection Service found that the company had processed diseased and unsound animals and carried out these activities without the benefit, or full benefit, of federal inspection in 2013 and 2014.”

Nestle came out in a press release recently and stated it did not purchase meat directly from Rancho; however, it did receive a small quantity of meat that was used at Nestlé’s Chatsworth, CA, production operation, a facility devoted entirely to Hot Pockets brand sandwiches.

It’s important to note that nobody has gotten sick…yet. And the only affected Hot Pockets are the Philly Steak and Cheese and the Croissant Crust Philly Steak and Cheese. No other varieties are affected. So that’s good. But, like Jim Gaffigan said below, “I’ve never eaten a hot pocket and then afterwards been like; “Hey, I’m glad I ate that. I’m always like…I’M GOING TO DIE!” Sounds about right, eh?