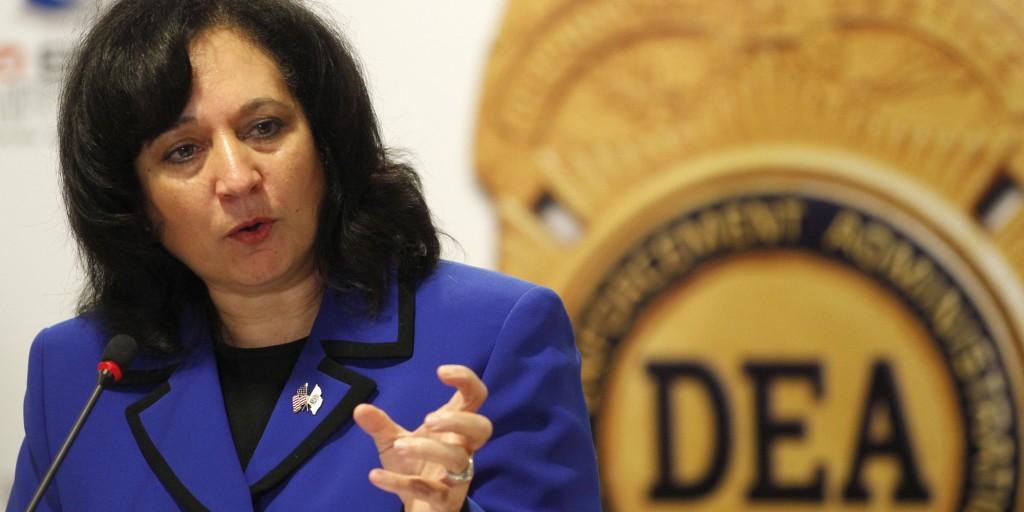 Twenty members of the House Oversight Committee issued a statement of “No Confidence” in Drug Enforcement Administrator Michele Leonhart yesterday. The agency she directs is nothing more than a government-backed militia whose purpose is to ruthlessly enforce morality laws on civilian populations both here and abroad. And it’s time it be dismantled. The condemnation reads:

“After over a decade of serving in top leadership positions at DEA, Administrator Leonhart has been woefully unable to change or positively influence the pervasive “good old boy” culture that exists throughout the agency. From her testimony, it is clear that she lacks the authority and will to make the tough decisions required to hold those accountable who compromise national security and bring disgrace to their position . Ms. Leonhart has lost the confidence of this Committee to initiate the necessary reforms to restore the reputation of a vital agency.”

This long overdue move comes only one day after Leonhart’s poor performance in front of Congress during a hearing focused on DEA agents who used taxpayer dollars to pay sex workers and for sex parties hosted by the very drug traffickers they were supposed to be fighting.

“This ought to be the final nail in the Leonhart coffin,” said Bill Piper, Director of National Affairs at Drug Policy Alliance. “I cannot see how President Obama and AG Holder allow her to continue in her role. It’s hard to think of a more incompetent and out of touch federal official than the current DEA chief.”

“Her time is up,” Piper also said. “Leonhart has clashed with Republicans, Democrats, the White House, and civil society leaders. She reflects an outdated approach to the drug war that President Obama claims he wants to leave behind.”

Last year, Leonhart told members of Congress that the DEA would continue to go after marijuana even in states where it is legal despite DOJ guidance stating otherwise. She also publicly slammed President Obama for admitting that marijuana was safer than booze. She also spoke out against bipartisan drug sentencing reform in Congress that the Obama administration is supporting.

All told, the picture that emerges is an out-of-control agency, run amok, literally in bed with organized crime, a perfect symbol for the corruption and impunity inherent in the war on drugs says the Drug Policy Alliance in a recent post. “The DEA must immediately be reined in and held accountable —a small but crucial step in ending the disastrous drug war at home and abroad.”

Do you think DEA Chief Michele Leonhart needs to be removed from office? Great. Sign the petition to get her fired.