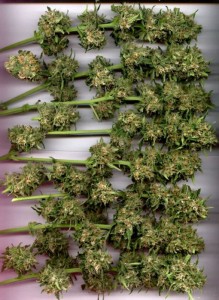 As we Californians approach a historic statewide initiative to legalize, control, and tax marijuana we have to remain hyper vigilant.

It’s now official that in November California will be deciding the fate of the rest of the country as to whether or not marijuana should be legal. This is an extremely important vote! Imagine the backlash if Californians vote against legalizing weed. Now imagine if they actually do legalize it.

Hell ya, legalizing weed sounds like a great idea in theory, especially when all the politicians are preaching how it can rescue California’s slumping economy by taxing and regulating its sale. Busting people for weed is  one of the lowest priorities in the state, so as it stands now…you’re pretty safe having it and people being jailed for weed is on the decline. So why change what seems to be working? The rest of the nation is watching us. If Californians legalize weed and it goes well then we’re heroes and if it doesn’t…watch out Golden State, we’ll be prime examples of failure.

If everyone in California votes yes on weed, sure adults might gain the right to buy and possess it, but who gets the right to manufacture and sell it? What will be the logical next-steps for distribution once weed does become legal? And, what if those next-steps ruin everything? Keep in mind how pharmaceutical companies and tobacco companies and oil companies operate by keeping us all in a choke hold. Why would the marijuana industry be any different?

Aside from Uncle Sam, who looks at legalizing weed as one big-ass cash grab, who wants to legalize weed MORE than stoners? Marijuana dispensaries! You see, why would dispensaries care how the government regulates marijuana as long as they can sell it to you? You do know it’s a dispensary here in Oakland that’s the major financial backer of this initiative, right? Doesn’t it seem like it’s in a dispensary’s best interest to be the ONLY ones able to sell marijuana? If Californians vote yes on weed…is that what we’re saying? How should weed be bought and sold?

The only consensus here in CA is that we want our weed, but there’s NO consensus on how we’re going to get it! What if dispensaries aren’t on the same page as us?  Legalizing weed is great for them because it expands their marketplace to…oh let’s see…EVERYBODY…and not just medical marijuana patients. 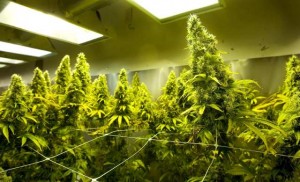 There are laws being written right now to ensure everybody develops a dependency on marijuana dispensaries. Some jurisdictions and some states are trying to jockey for exclusive rights to grow herb, meaning they’re trying to keep you from growing your own so they can get a piece of the action!

As we move closer to legalization it’s quickly becoming KEY to stay informed and to know exactly what you’re saying when that vote is cast so legalizing marijuana doesn’t ruin everything because in the end…the people who are going to fuck things up are the people who LOVE money more than they LOVE WEED! It’s important to pass new laws that make marijuana use better for US…the STONERS…the people who LOVE WEED not those who just love to profit from it!

5 Responses to “How California Can Ruin Everything by Legalizing Marijuana”