Legalizing marijuana sure sounds like a great idea right, especially when politicians are preaching about how we can save our economy by taxing and regulating it. Sure adults might gain the right to buy and possess weed, but why should stoners have to pay excessive tax to buy a fucking flower?

If you stop and think about it for a second…do you really want to hand the absolute control of marijuana to the very people who are currently harassing and jailing and terrifying us over it? It doesn’t seem right to give the same people fighting to keep marijuana AWAY from us the exclusive right to dictate how we get it…let alone reap tons of tax revenue to do it! Stoners kept WEED alive. We were the dudes who risked life and limb, not to mention liberty, to grow weed. Stoners are the ones responsible for cross-breed ’em to create new strains, for bringing weed indoors and pioneering inventive new techniques. We nurtured the marijuana plant and the business of marijuana and transformed it into what it is today, a generator of opportunity. So why shouldn’t the people who carried the torch benefit from some tax revenue, eh? 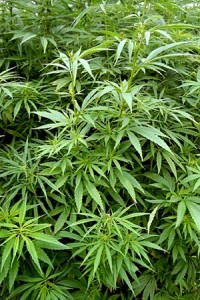 There was a point in time in our country when it was perfectly legal to grow and possess as much weed as you wanted. So what we all really want is to repeal marijuana prohibition. And, we want it without any taxation or regulation! Why shouldn’t every adult on planet earth be able to grow as much marijuana as they’d like without any intervention?

It’s not like the government isn’t going to be reaping financial rewards if weed were to be RE-LEGALIZED. Imagine the money that could be saved if  weed didn’t need to be policed. 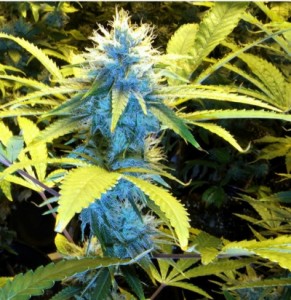 So who else might want to legalize weed MORE than those who enjoy consuming it? Those who are already selling it legally. Why wouldn’t they want to maintain exclusivity?  Legalizing weed is great for these guys because it expands their marketplace to  EVERYBODY not just patients. And, to make sure everybody keeps coming back, there are laws being written right now that are limiting your rights to grow your own. Some of those laws will even completely prohibit growing your own if you live within a certain proximity to a dispensary.

As we move closer to legalization it’s quickly becoming KEY to stay informed and to know exactly what you’re saying with each and every vote you cast so legalizing marijuana doesn’t ruin everything. It’s important to pass new laws that make marijuana laws better for STONERS not those who are profiting from them already!

19 Responses to “How Legalizing Weed Can Ruin Everything”