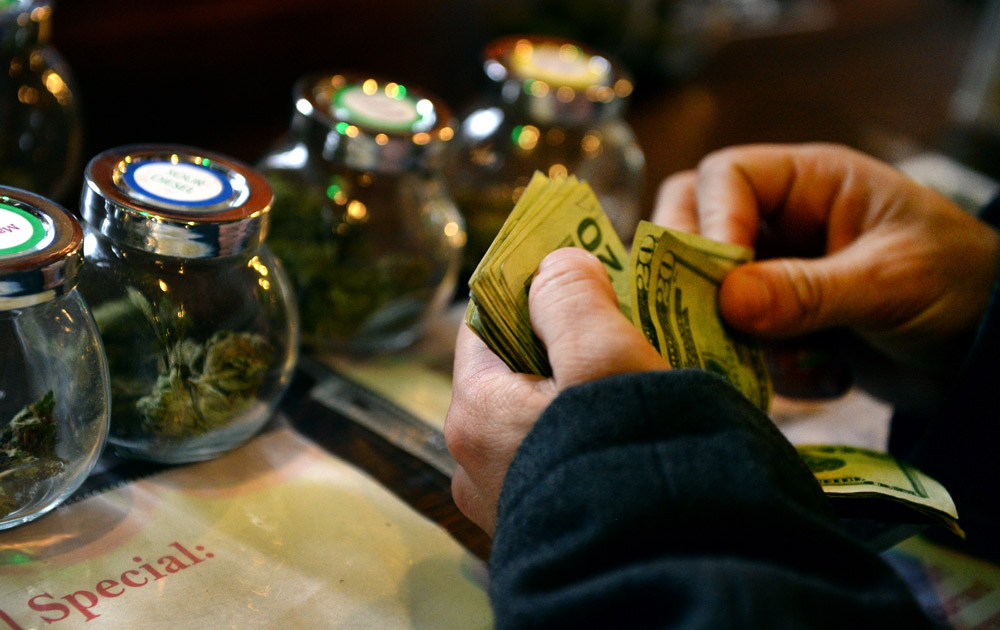 How Much Tax Money Did Colorado Make Off Weed In 2014?

DENVER — Colorado finally learned Tuesday how much tax revenue it collected from recreational marijuana in the first year of sales, and the haul was below estimates—about $44 million.

The release of December sales taxes gave Colorado its first full calendar year of the taxes from recreational pot sales, which began Jan. 1, 2014.

Colorado was the first government anywhere in the world to regulate marijuana production and sale, so other governments are watching closely. In Washington, where legal pot sales began in July, the state had hauled in about $16.4 million in marijuana excise taxes by the end of the year; through November, it brought in an additional $6.3 million in state and local sales and business taxes.

Colorado’s total haul from marijuana for 2014 was about $76 million. That includes fees on the industry, plus pre-existing sales taxes on medical marijuana products. The $44 million represents only new taxes on recreational pot — a 10 percent special sales tax and a 15 percent excise tax on wholesale marijuana transfers.

Those new taxes were initially forecast to bring in about $70 million.

“Everyone who thinks Colorado’s rollin’ in the dough because of marijuana? That’s not true,” said state Sen. Pat Steadman, a Denver Democrat and one of the Legislature’s main budget-writers.

By all accounts, the $70 million estimate was a guess. And Colorado has already adjusted downward spending of the taxes, on everything from substance-abuse treatment to additional training for police officers.

Still, Colorado will likely have to return to voters to ask to keep the pot tax money. That’s because of a 1992 amendment to the state constitution that restricts government spending. The amendment requires new voter-approved taxes, such as the pot taxes, to be refunded if overall state tax collections rise faster than permitted.

Lawmakers from both parties are expected to vote this spring on a proposed ballot measure asking Coloradans to let the state keep pot taxes.

Taxes should be kept low if the goal is to eliminate pot’s black market. But the allure of a potential weed windfall is a powerful argument for voters, most of whom don’t use pot.

“Being able to claim some non-trivial tax revenue is important to the legalization movement,” said Jeffrey Miron, a Harvard University economist who follows national drug policy.

But Colorado has also shown that pot-smokers don’t necessarily line up to leave the tax-free black market and pay hefty taxes. If medical pot is untaxed, or if pot can be grown at home and given away as in Colorado, the black market persists.