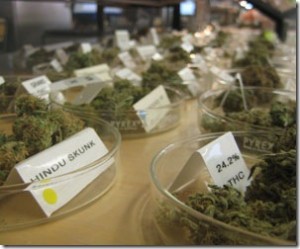 How Much Weed Can You Legally Possess in California? Good question, man. As a result of the voter-approved Proposition 215, passed in 1996, medical marijuana patients with a doctor’s recommendation were allowed to possess an unspecified amount of marijuana. Of course law enforcement didn’t really dig the idea of pot-smokers having unspecified amounts of weed, so in 2003 they set out to change that shit. They created this Legislation to give themselves a guideline on when to make marijuana possession busts.

The Legislature decided that no matter your condition, dying of AIDS, stricken with debilitating MS or just fucking battling depression…ALL patients could only have a maximum of up to 8 ounces of dried marijuana and grow only six mature or 12 immature plants. The law did allow, however, a patient to have more if a doctor stated that amount was insufficient and individual cities had the power to allow patients to grow and possess more marijuana, but not less.

So back in January 2010 the California Supreme Court unanimously struck down that bullshit law ruling that state lawmakers were wrong to change provisions of the voter-approved Proposition 215. The high court says only voters can change amendments that they’ve added to California’s constitution through the initiative process. 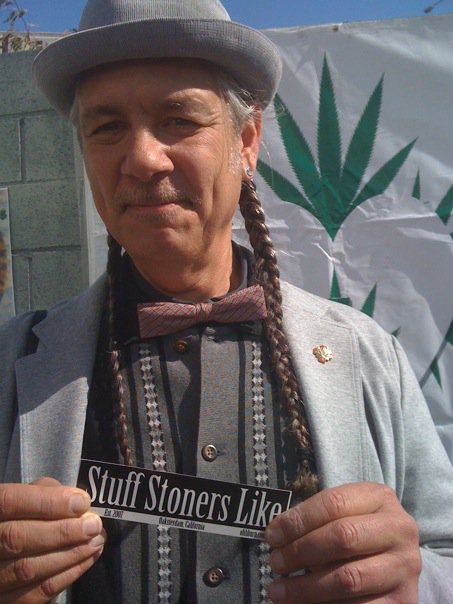 According to Discovery’s Weed Wars star and Harboside Health Center’s Executive Director Steve DeAngelo, the courts didn’t really strike down the limits, however. “In my view, it was a rather narrow ruling,” he says. “What the ruling said was that prosecutors cannot use the limits as de facto evidence that somebody is in violation and is growing in excess of what they need for their own personal use.”

So basically, if you’re in court and you’re charged with growing in excess of your personal needs the prosecution can’t make their case simply by saying you have more than 12 mature plants.

“I know that there’s other people who are construing the ruling more broadly and I’m not opposed to those attempts too, I mean one of the reasons that we have the movement that we have today is because we have learned that we need to interpret the law aggressively and whenever there’s a question of interpretation that we move that interpretation in a direction that’s going to be most favorable for patient rights,” DeAngelo says. “But, at the same time it’s important that we be real about what this ruling does and does not do.”

So how much weed can a patient grow and possess?  “I think that it would be unwise and irresponsible to encourage people to exceed the limits at this stage in the game,” says DeAngelo. “I would advise all patients, if they can, to stay within the limits unless it’s absolutely impossible for them to provide for their medicinal means otherwise. The limits are a good safe harbor to have. You know that if you’re growing within the limits that you’re safe and so why go outside those limits unless it’s really critical,” says DeAngelo.

“The California Supreme Court did the right thing by abolishing limits on medical marijuana possession and cultivation,” says Joe Elford, the top lawyer for the marijuana advocacy group Americans for Safe Access. “At the same time, the Court may have left too much discretion to law enforcement in deciding what are reasonable amounts of medicine for patients to possess and cultivate.” This could possibly lead to more persecution, not less.

Nevertheless, the Supreme Court’s recent decision to abolish those limits was the result of Patrick Kelly’s bust. Kelly, from So Cal, was a qualified medical marijuana patient who was arrested back in October of 2005 for 12 ounces of weed and seven plants when a “confidential informant” snitched on him. CA’s Second Appellate District Court overturned Kelly’s conviction saying that legislatively-imposed limits for possession and cultivation of medical herb are an unconstitutional restriction to a voter approved initiative. The decision upholds that ruling agreeing with Kelly’s attorney and the State Attorney General that medical marijuana limits should be abolished as unconstitutional.

So, Wise Owl…just how much weed can a patient possess? Like the answer to how many licks it’ll take to get to that fucking Tootsie Roll center of a fuckin’ Tootsie Roll pop…the world may never know!

12 Responses to “How Much Weed Can You Legally Possess in California?”