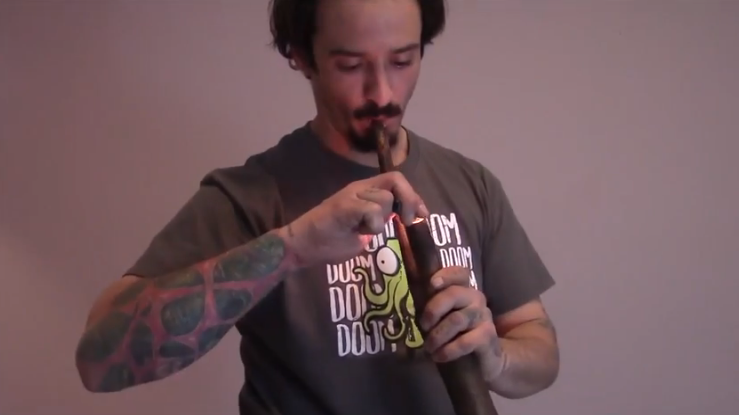 Today I walked into a legal weed shop for the first time in my history, and purchased a ridiculously expensive, at least by the prices we’re used to paying, but completely legal two grams of cannabis. Platinum Girl Scout Cookies to be exact. I also had to get a couple of peanut butter cookies. I know exactly how much THC A and CBD is in these things, because not only does it say on the label, but it says right on the receipt also. The best part about the whole transaction? I wasn’t a criminal during any part of it. Weird right?

Ok, I should be honest, I don’t usually feel like a criminal when I buy weed, but that’s because I’ve been enlightened enough in my time here to know what laws are legit and which ones are bullshit. The drug war in this country, as the rest of humanity is waking up to realize, is bullshit. This isn’t a history lesson on why the weed stuff is illegal though, this is an experience I want to share with you about the first time I bought weed legally.

As most of you who follow my ramblings online know I recently became somewhat of a weed refugee and moved to Washington. Yeah, that just happened. Literally as I’m writing this Sunday night before my first day of work, it happened yesterday, Saturday March 15th. I’m still waiting for my new desk and stuff to get here so I can actually get some work done. But this experience was way too precious to make it wait that long.

I saw this place called Mr Doobees, and unlike all the dispensaries that make themselves known by raising the green + flag, Mr Doobees appeared just as any normal business would, with a sign out front with the name, and a sign in the window that said they were open. That’s all I needed. It also helps that I’m an agent in the game Ingress, so I got a little intel from other agents that Mr Doobees was the recreational shop in the area.

Of course, being a business that deals in cannabis, the government has them jump through a whole bunch of silly hoops in order to do business. I would really love to see those same hoops applied to companies like phone carriers, fast food Goliaths, and the major ISP’s who have most regions monopolized and offer shitty service at ridiculous prices. Make them jump through half of the ridiculous hoops you make the weed industry jump through, and see how fast business booms. 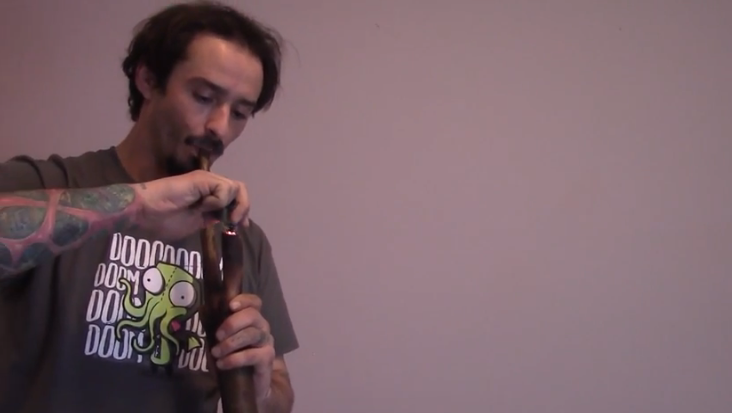 That being said, I still had a weird feeling vibe, but Todd over at Mr Doobees does his best to make customers feel right at home. It’s that whole new experience thing, groundbreaking, pioneering stuff that sometimes feels odd. It’s odd because it’s been the opposite for so long, our muscle memory has gotten used to how it should feel. Even though it’s now legal, under the circumstances and state lines it’s legal in, federally it’s still not. It almost feels like a trap of sort. Like the federal government is waiting for everyone to go in and buy their legal weed, just so they can pull them over and get added to the meat grinder system that spits out rotting pieces of meat justice. Of course that didn’t happen, but if you speed around here, I feel like it could go that way really easy, and that should make us still feel a little uneasy. Afterall, it’s that uneasy feeling that has kept us alive for all these generations. It just feels weird. That will all pass.

Todd is definitely one of the happiest people I’ve met on this relocation journey so far, and with good reason. He sells weed to anyone with a valid drivers license that meets the state’s requirements for recreational sales. I patiently waited a good twenty minutes as Todd explained this mysterious new legal high to a lovely older couple that was completely overwhelmed and quite interested in getting blazed this evening. It really was cute, as much as I wanted to be like “YO TODD! 2 g’s of your finest sweetest cheetah my good sir.” Then toss him a roll of 20s in the same breath I pop the door open to roll out, I held my tongue and waited my turn.

Of course my mom raised me better than that, so I waited and listened as Todd gracefully answered their each and every question. It was really encouraging how genuinely interested in this marijuana thing these people were. I feel they would have picked his brain all night about the plant had he not been a skilled enough business man to turn each of his answers into another up sell.

By the time they walked out of there they had a little sample of everything, from the flowers to the edibles, and even a little topical oil to rub on ones achy muscles before bed. I guess the $50 for a half gram of some sort of concentrate was a little too rich for their blood though. I definitely don’t blame them. That is very expensive in comparison. But again, we have to remind ourselves, when you pay more for weed like this, you aren’t a criminal. Pay less and get it on the underground circus, and you magically are.

Finally, it was my turn. I imagine that they only had one person because it’s a Sunday and they probably don’t get all that busy around here on a Sunday, but who knows. Todd directed his attention to me and started going through his pitch. I inquired on prices because nothing is labeled for price, only for content. Two grams of the Blewett Pass Farms Platinum Girl Scout Cookie at 17.2% THC is what I decided on. As this was all happening we’re making conversation.

I asked what his most potent strain was, and he replied that currently it was the Fruity Pebbles, at a whopping 28.3% THC and described on his menu as having “Fruity and smooth flavors and aromas,” and as being a, “Hard hitting and balanced hybrid.”

I can’t attest to that personally yet because I’m more of a Sativa fan myself, but the PGSC I legally purchased and smoked in the video here definitely has the “Grassy sweet taste and earthy aroma” with a “relaxed and happy daytime high” they describe on the menu.

I also had to try out the edibles. I don’t think anyone ever in the history of buying weed in shops that sell edible cookies has gone in for just weed and come out with just weed. You always have to get cookies. Such is life, so I went with two of the peanut butter cookies. These are manufactured in Spokane Washington and have 14 mg of THC split between the two cookies. Apparently it’s two cookies of seven mg each because it’s illegal to have more than 10 mg per edible. Which of course, when dealing with a substance that is as dangerous as weed, you should have only the most extreme precautions in place, such as they have done here.

Feel my sarcasm? You should. It’s ok, just keep reminding ourselves that we’re not criminals, and that it’s a new system that we are all going to help work the kinks out of.

After the transaction, Todd directed me into a different part of the showroom. Apparently another hoop they make people like Todd jump through in order to sell weed legally, is that you have to do the dirty business of money swapping in the back room, away from the weed stuff. I guess it’s to make sure you don’t have weed and money and a customer in the same physical room? I have no idea, it seems completely silly to me. Maybe the weed will knock the customer over the head with a roll of quarters, steal his car, go buy a gun, and start a revolution. I have no idea, it’s just another hoop. How bad do you want to legally buy and sell weed? Yes, this bad.

Todd rang me up. How much would you say two grams of the PGSC and a couple of peanut butter cookies go for on the free and open legal market? 47 bucks. That’s not too bad. It’s three bucks shy of how much an eighth used to cost back before Montana got their medical program off the ground. Remember the good old days of $50 8ths?

I have to say, the cookies are absolutely delicious, with enough of a weed taste to make a ganja hound like me happy, yet subtle enough to make even the newest weed novice happy with their purchase. I would show you video of me eating them, as I did smoking everything else, but it’s just not fun to watch me eat. I tried to edit it in and I just couldn’t bring myself to do it. Trust that I ate them both and they were so good.

I’m not a good person to talk about effects with, because I’ve reached that point in my life where no matter how much weed you give me, I just don’t get that high anymore. I call it my weed baseline. My optimal operating system baseline. Full of this amazing plant stuff and able to tolerate pretty much anything. But once that baseline decreases, so does my level of tolerance for things. Anyway, that’s why you won’t really hear me talk about effects. If you do, know that was a good dab or strain and one the novice viewership should probably work their way up to.

At the end of the day, this is something we all want. I found an article from October 2014 in the Willapa Harbor Herald talking about Mr Doobees and how they would be opening soon. It’s a very interesting read, and it discusses the whole projected setup and process of how selling weed will work once the doors are open. From the sound of it, the whole legal weed industry here is doing positive things. Which is a far cry from the cats and dogs living together mass hysteria sort of mindstate that cannabis haters have been madly waving around. If you want more information on Mr Doobees, check out their Facebook page here.

One Response to “What’s It Like Buying Weed Legally?”