How to build a bong out of booze bottles

Want to know how to make a bong out of a glass bottle? Of course you do, man. Nothing beats a homemade bong. That’s because store-bought glass bongs can be really expensive and really complicated. Those shower perks while they’re cool and all are tough to clean and extensively add to cost. In the end they all do the same thing, right? Deliver some smoke through water and into your lungs. So why spend a ton of money on something that’ll explode when it hits a hardwood floor.

Drop your ROOR on the floor and your hulla bummed but drop your DIY bong on the floor and it’s no big deal. We’ve covered how to make a bong before. However that process uses a plastic water bottle. While that’s cool and quick some stoners prefer to use glass. Glass just seems more substantial and more durable. Plus if you find a cool bottle every stoner in town will dig your custom piece. And then you can tell them that you learned how to make a bong out of a glass bottle from Stuff Stoners Like. Share the love, yo.

Before we show you how to make a bong out of a glass bottle we’ll first cover what you need before you begin. But before that why don’t you get stoned. Why not be nice and relaxed while you make your homemade glass bong. Being stoned isn’t necessary when it comes to making a bong it just makes it that much more enjoyable. Now grab a drill. Make sure it’s battery-powered. You’re going to be around water so let’s be safe about it, eh?

Okay we can’t really show you how to make a bong out of a glass bottle until you’ve selected your bottle. Just about any glass bottle can be turned into a water bong. However some bottles are better than others‚ especially liquor bottles. They’re typically into crazy cool shapes that are perfect for a liquor bottle bong project like this one.

Look for a bottle with a really wide and sturdy base—you don’t want your new glass bottle bong falling over and spilling nasty bong water on the carpet, do ya? Most liquor bottles make great bongs. Sure you’ve seen the beer bottle bong before, right? They’re awesome. We got one in a monthly subscription box. It was made from a Corona bottle and worked like a charm.

But as far as an alcohol bottle bong goes we’ve seen a ton of ‘em, from the jager bong,  the hennessy bong, the grey goose bong, etc. Actually the vodka bottle bong is really quite popular because there are so many cool shapes of vodka bottles out there. So be creative. Or don’t. Grab some cheap wine, drink it and then make a wine bottle bong. No big deal Don’t stress. Just keep in mind that the bigger the bottle the bigger the hit. 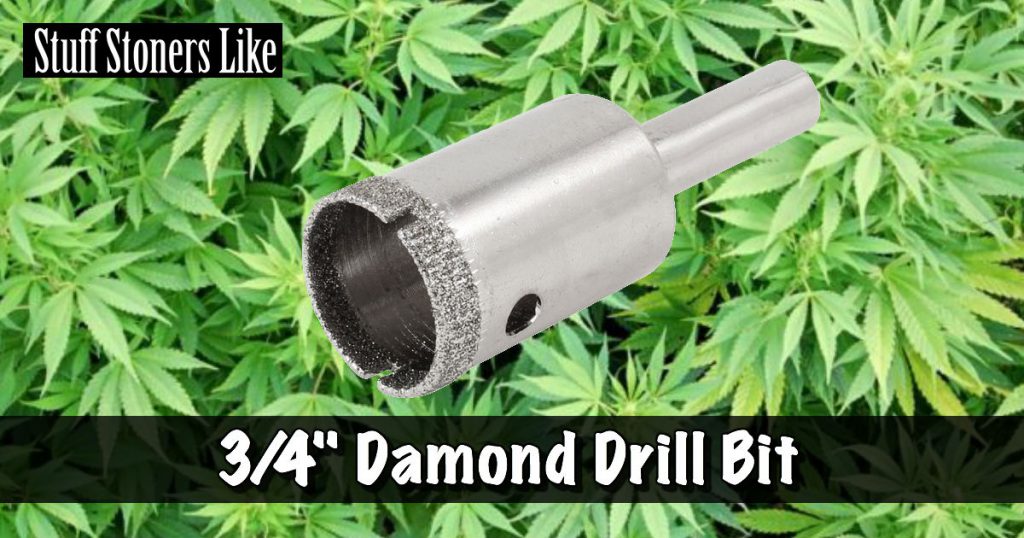 Of course if you want to know how to make a bong out of a glass bottle you’re going to need the right drill bit. And that would be a 3/4″ diamond drill bit

made specifically to drill through glass. No it doesn’t have crushed diamonds on the tip or anything it’s just called that to be fancy or something. It should only run you about ten to fifteen bucks and most likely available at a local hardware store or online.

Finally to make your own bong you’ll need a downstem

, a couple grommets and of course a glass bowl

. Chances are you have a few of these items lying around left over from the last few bongs you broke. If not you can always break one or you can score these parts at an online headshop or one in town. Actually you can get the grommets at the hardware store. You’ll need one with an outside diameter of 31/32″ and one with an inner diameter of 1/2″ and a 3/4″ groove.

If you’re like us and saved a few downstems from old bong mishaps and were determined to use them once you learned how to make a bong out of a glass bottle then now’s the time to use ‘em. Make sure that your downstem isn’t too long or that your bottle won’t interfere with it once it’s inserted. You know like a funky-shaped bottle might not be a good fit for your particular downstem

Last you’ll need a bowl. The bigger the better. We like bowls that are deep and wide and have a fairly large hole in the center. That way it’s easier to clean. You can heat up a nail and plunge it into the bowl hole to clear it when it gets clogged. Oh and also make sure that the hole is dead-on center in the bowl. We’ve had bowls where there were three or four little holes on the side of the thing and it never really worked well.

Make sure to clean your booze bottle. Be gentle you might want to keep the label. You’ll just want to make sure that you get the contents out so that when you fill it and take a hit your weed doesn’t taste like vodka. Speaking of cleaning you might want to do your dishes, dude. Not ragging on you or anything just saying that you’ll want a clean work surface and we’re going to need your sink. You didn’t think you could just drill on glass all out in the open did you? No, man, this has to happen underwater. So get to cleaning that sink area. 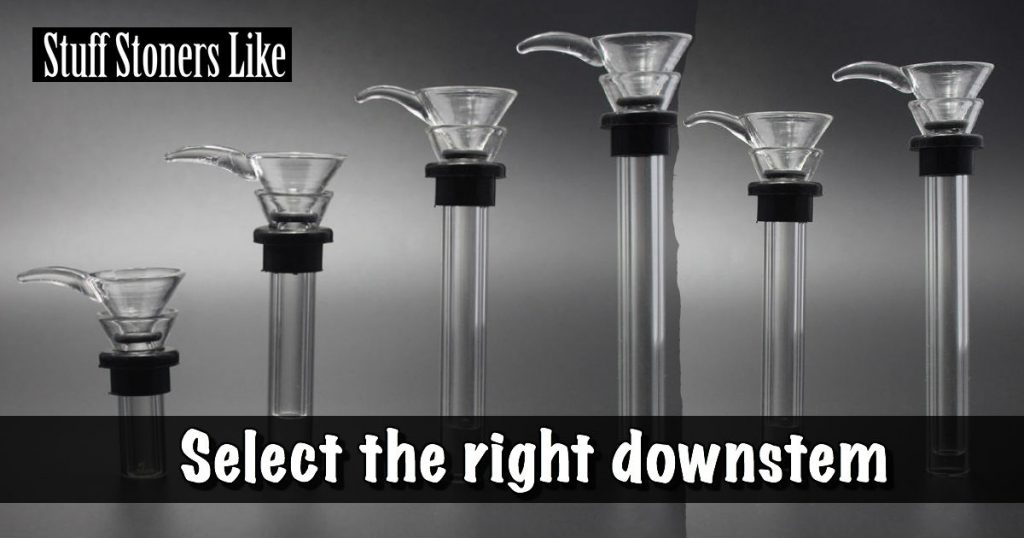 Now find a good spot on that bottle for the downstem. The flatter the better. If you can try and keep the bowl contained somewhere on the upper curve of the bottle. This way your downstem is standing at great angle. A greater angle means better balance. You don’t want your bong tipping over all the time so be mindful about where the downstem is placed. Now slap the grommet where you want the downstem to go and trace around it with a sharpie to make the spot.

Next grab that drill. Slap on the brand new 3/4″ diamond drill bit

Take your time here and drill slowly. Turn your drill to 3/4 of its max speed and gently push it against the marked spot. Try and keep the bit steady as you drill. Easy does it. Bring the bit just barely to the bottle so that it only touches the spot and then angle the drill bit so that you’ve got a 90 degree angle. Use that carved out ege as an anchor and pivot point so that the bit doesn’t fly all over the place. As you get through the glass you can ease up on the pressure so as to avoid breaking the bottle. You’ve weakened it at this point so be careful.

You can use the drill bit to grind down any sharp edges and make the hole as smooth as possible. Now’s a good time to rinse the bottle. Make sure that you pour out any small bits of crushed glass. You’re not trying to inhale that shit so take your time to make sure all that stuff is gone before moving on.

Next you’ll take that  3/4″ grommet and push it into the hole. Then slide the other grommet on to the downstem. Finally shove that downstem into the grommet on the bottle. You can use water to make it a little slick so that it’s a bit easier. Don’t force it, man, or you’ll break the bottle you’ve been working with. That’s about it, dude—that’s how to make a bong out of a glass bottle. Pretty easy, right? For more information here’s How to Make a Gravity Bong.

Have any questions or comments on how to make a bong out of a glass bottle leave ‘em below.