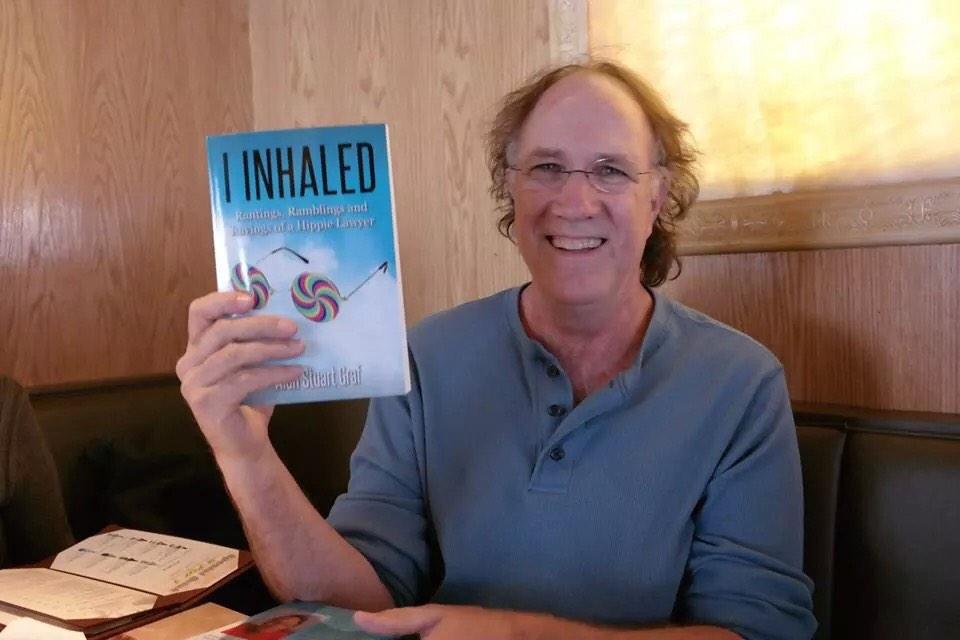 I Inhaled, Rantings, Ramblings and Ravings of a Hippie Lawyer

I Inhaled—can’t say it any clearer, boasts the activist and practicing attorney Alan Stuart Graf, the author of the pot-fueled hippie adventure: I inhaled: Rantings, Ramblings and Ravings of a Hippie Lawyer

. “Bill Clinton was ashamed and I am proud of the fact. Pot and psychedelics changed my life for the better. Use of these sacraments, particularly in the sixties helped transform my neurotic pimply faced mind into a psychedelic warrior mind.”

The self-proclaimed Hippie Lawyer and budding guitarist urged his teenage friend a pre-KISS Gene Simmons to learn the bass guitar and start their first band the Long Island Sounds. “We were about 14 at the time, and this other guitar player and I were playing Ventures [surf-rock] music with a cool cat drummer named Stan,” Graf wrote.

“But we needed a bass player. So I talked Gene into getting a bass. We went down to Manny’s Music Store in downtown Manhattan and picked him out a Paul McCartney imitation white bass. He was in love with it and kept on fantasizing that he was Paul and all the girls loved him because of his fine bass.”

Graf, a young hippie and a Holocaust family survivor also writes about dropping acid, joining a famous commune, The Farm—a community that treated marijuana as its sacrament and holy weed and then later how he finally pleased his Jewish mother by going to law school and becoming a lawyer-partly on a promise made to his family-to speak out and fight against human injustices for those who cannot.

We still live in a feudal society, says Graf. “The King is now the feds and the lords are now the mega-corporations. They want us to be good little cogs in the machine. Alcohol dumbs us down and makes us obey. Marijuana, when used in moderation, has the potential to make us more creative and more aware of the exploitation that comes from above. Thus, the reasoning behind the illegality of marijuana.”

“In my book I reminisce about the times when you could hitch hike out on the highway and someone would pick you up in their VW Microbus, turn you on to some good weed, feed you and treat you just like you were family even though you were a total stranger, says” Graf. The essence of the marijuana movement—the tribal forefather and foremothers aka Hippies were the outgrowth of the Beats, or the Beat generation which included Jack Keroac, Jack Cassidy,  Allen Ginsberg, William Boroughs and others.

“The overriding theme running through the book is that the message of the hippie generation still stands,” said Graf. “We can make it through this insanity we call Western Civilization to a better place by invoking those time honored principles of love, compassion and common sense.”

There is a mutual understanding between us stoners that can’t be communicated in words alone—its like trying to show paradise to a blind man, says Graf. “I think folks who toked will get a lot more out of my book than those that haven’t. But I ain’t limiting my message to the tribe. 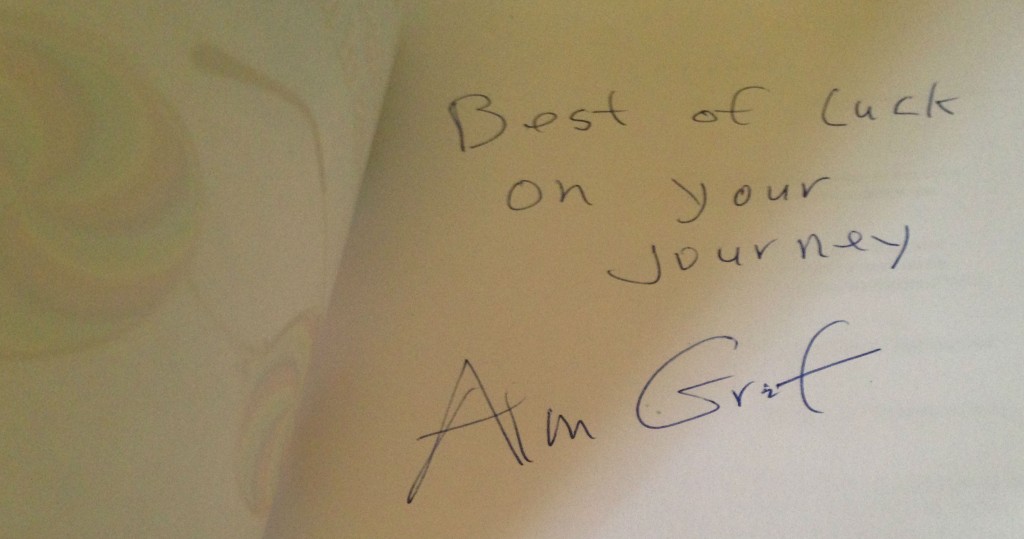 Win a Copy of  I Inhaled

Were giving away a signed copy of Alan Stuart Graf’s I inhaled: Rantings, Ramblings and Ravings of a Hippie Lawyer

from Di Angelo Publications. To enter all you have to do is leave a comment below. We’ll choose a random winner on Friday January 9 at 4:20 PST. If you live in the USA we’ll cover the cost of shipping, if you live abroad the shipping’s on you, dude. Good luck.

28 Responses to “I Inhaled Review & Giveaway”