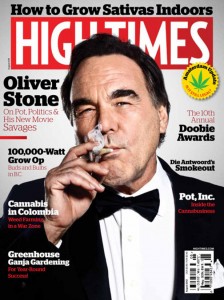 Dig PART 1 of our interview with Chris Simunek of High Times Magazine. If you like smoking weed, Chris Simunek, pictured above in Jamaica in 1998, has your dream job. As a longtime writer for High Times, he recently reached his HIGHEST point at the magazine yet, Editor in Chief. He says the promotion was sorta “Like an episode of Welcome Back Kotter. You know how Kotter was one of the original Sweathogs, and then he became a teacher, training the new breed in the laws of Sweathogdom?”

Simunek started with High Times in ’94. Back in the day, he enjoyed such titles as Associate Editor, Cultivation Editor, Senior Editor, Sordid Affairs Editor. And a bunch of others he claims to have forgotten, of course. Known for his gonzo style journalism—meaning he writes ‘bout his own experiences on assignment, he’s traveled all over the fuckin’ place for the king of weed mags, writing about cool shit like Elvis (who was a hero to most) and Oliver Stone, who recently appeared on the cover smoking a J. Once, after listening to a single Bob Marley record and reading a book about the guy, Simunek traveled to Jamaica to write a story on Marley. Dude, Simunek’s so dedicated he even braved Marijuana Anonymous just for a story—talk about gonzo journalism, eh? And he’s written a fuckin’ awesome book detailing his career called Paradise Burning: Adventures of a High Times Journalist, published in 1998.

So like, we had the chance to chat with Chris Simunek and it went a li’l something like this:
STUFF STONERS LIKE: So how’d you get to be Editor in Chief anyhow? Chris Simunek: We haven’t had an editor in chief since Steve Hager moved on to the Creative Director position a few years ago. I’ve been here since ’94 and have had the titles of Associate Editor, Cultivation Editor, Senior Editor, Sordid Affairs Editor and others I’ve forgotten. They asked me if I wanted the Editor in Chief gig and I said yes.

STUFF STONERS LIKE: High Times used to be about all sorts of drugs, right? What are you thoughts on that?

Chris Simunek: Times change, the culture was different. When you watch Madmen it seems so shocking that everyone’s smoking and drinking their way through the day. In the 70’s drugs like coke and ‘ludes didn’t carry the same stigma they do today. So I guess people would be sitting around High Times snorting coke and coming up with great ideas like, Why don’t we do a centerfold with giant, crystallized rocks of yayo coming out of the center of a fat roll of 100 dollar bills? I’m sure they had their fun but getting out of bed in the morning must have been tough.

STUFF STONERS LIKE: Oh you wrote a book, huh? What was that about? 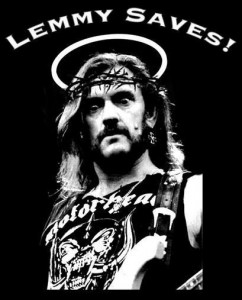 Chris Simunek: It was called Paradise Burning: Adventures of a High Times Journalist, about a young guy who gets a job at a dope magazine and what a unique experience that was for him at the time. It’s mostly about the various assignments I had, covering pot farmers, biker rallies, hippie festivals. I went down to Jamaica to write a story on Rastafarians and almost got killed for my efforts. I met Lemmy from Motorhead at a music conference and he took me back to his hotel room which was pretty funny. He cut me out a giant line of crank and poured me a water glass full of bourbon and when I wasn’t hitting the speed to his satisfaction he growled, “Finish it up, kid! It’s not gonna kill you!”

Chris Simunek: That was Steve Hager’s idea. He thought it would be funny to send an unrepentant pothead to these folks who always advertised on the back page of the Village Voice. It wasn’t done in Alcoholics Anonymous style It was more like weight watchers with points. They had their own special method whereby you were supposed to keep track of your pot intake with the “toke and stroke” method. You know, you take a toke and then mark it down on a piece of paper. You had a “toke limit” that was supposed to decrease weekly. If we thought we were going to go over our toke limit we were supposed to call the guy who ran the meetings.

So I would go to the High Times office and, with everyone listening, would say shit like, “Man, I think I’m going over. I’m all out of tokes but this awesome bomber keeps getting passed to me, I don’t know what to do.” I remember he told me, “Chris, I don’t think you are taking this very seriously.”

STUFF STONERS LIKE: How did you not punch any prohibitionists in the face while you were there?

Chris Simunek: I’m not sure that I’ve ever actually met any prohibitionists in my life. I’ve certainly had run-ins with their minions—cops, customs officers, border patrol agents. But the only time I think I ever got close to a living, breathing prohibitionist was at the 2000 Republican Convention down in Philly. I was invited onto the internet program Pseudo.com that thought it was a hip idea to put all sorts of different folks together and serve beer and whatnot. So I was on with Michael Isikoff who was the guy that broke Monicagate. And then Asa Hutchinson walked in. Now, he wasn’t the drug czar yet, as this was the convention that nominated GW Bush, but he became the drug czar shortly thereafter. The folks who were hosting the interview introduced us. I put down my beer and extended my hand, but the future drug czar refused to even acknowledge me and I was hustled out of there pretty fast afterwards.