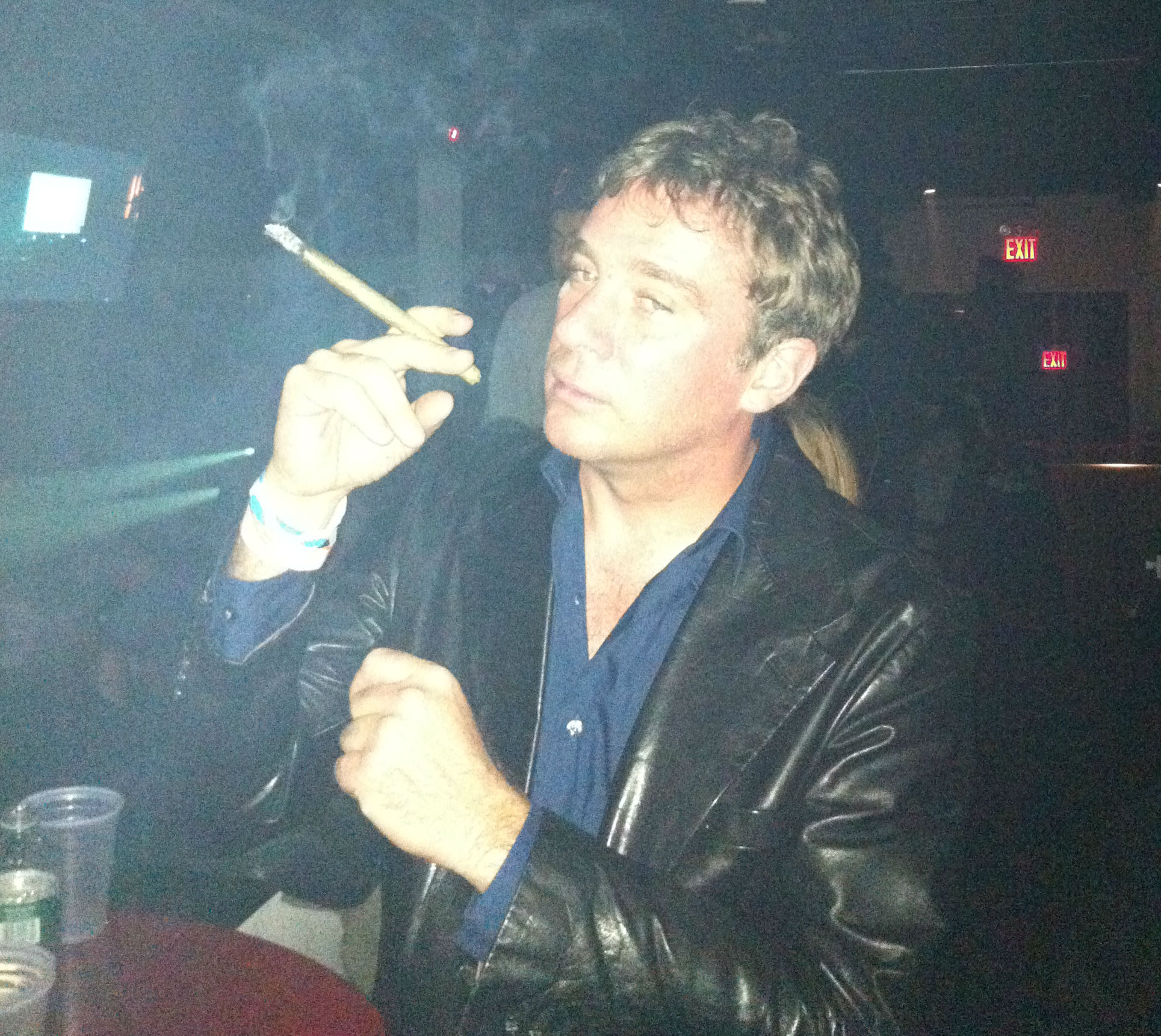 Now it’s time to sit back, smoke some weed and enjoy the second-half of our interview with Chris Simunek, author of Paradise Burning and current Editor in Chief of High Times Magazine.

CHRIS SIMUNEK: All right, here’s my living obituary: I’m Czech/German on my father’s side, Irish on my mother’s. My father’s folks lived in Yorkville, on the Upper East Side of Manhattan dating back to the mid-19th century. My great grandfather was one of Teddy Roosevelt’s Rough Riders and fought in the battle of San Juan Hill. He was also in the Bowery Boys, one of the “gangs of New York” and wound up working in the Brooklyn Navy Yard as an underwater welder. My mothers’ folks came over from Eire in the thirties and gave birth to a lot of children.

I was born in the bucolic, picturesque principality of Flushing, Queens. My dad was a teacher in Long Island City, saved his money, and moved us one bus stop over the Queens/Nassau border to New Hyde Park in the mid-seventies. Looking back on my adolescence, New Hyde Park wasn’t the end of the world, but you could see it from there. I spent the end of 1986 and the beginning of 1987 at SUNY Albany. I applied to Queens College after that but on registration day the lines were so long I quit school and wound up working in a kitchen cabinet warehouse, where, for the first time in my life, I started smoking pot everyday. I worked with these black dudes from South Jamaica, Queens and on our lunch hours we’d get in my car and buy nickel bags of skunk from some corner off Sulphin Boulevard. Those guys were some of the funniest human beings I have ever had the pleasure to share a bag of Skunk with. I transferred to the New School of Social Research in the City in 1988, and that was a pretty great time to be a New Yorker. The Tompkins Square Park riots were the beginning of the end for this town—Alphabet City became a yuppie spawning ground, Times Square became a Disneyland annex, the Meatpacking district became the syphilitic nutsack of NYC, but at least I have my memories.

In the late-80’s I played bass for a band named House of God, which was the final lineup of the original New York Hardcore band Reagan Youth, until my singer got his head bashed in for owing money to a fellow drug dealer. I graduated college and became a janitor at Long Island City High School, where my father was the Assistant Principal. I taught English to 11th graders there briefly and was also a substitute. I moved into my grandmother’s old apartment in Yorkville, the 325-square foot Simunek ancestral mansion that she’d been living in since the 40’s, paying $190 a month, rent controlled for many years until the landlord figured it out and sued me. I got a gig at High Times after Steve Hager saw me read some of my work at the St. Marks Poetry Project. I worked there from 1994 to 2005 when they fired me for some reason and I wound up cutting grass at Green Wood Cemetery in Brooklyn for a summer. I actually liked that job a whole lot but the pay was shit so I begged HT to give me my old job back and have been working there ever since. I now live on the Lower East Side and spend a lot of time looking out the window of my apartment at the Brooklyn Navy Yard where my great grandfather toiled beneath the East River in his diving bell all those years ago.

STUFF STONERS LIKE: Who got you STONED for the 1st time?

CHRIS SIMUNEK: Well, it took a few times for me. But I got high for the first time in a SUNY Albany dorm room with two guys named Guy and Mike Qtips. I basically laid back on the bed and didn’t speak to anyone for four hours. After that I would ask them to get me high and they would say no because it made me so boring.

STUFF STONERS LIKE: What was the first album that really spoke to ya when you were high?

CHRIS SIMUNEK: I think that night I listened to The Madcap Laughs by Syd Barrett. It was an album I’d played before 1000 times, but I remember completely visualizing the recording session, what Syd was wearing, etc. 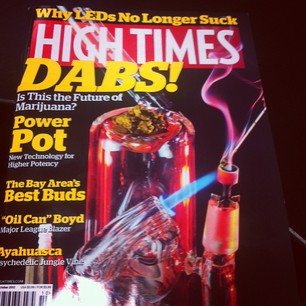 CHRIS SIMUNEK: I did it a few times. The last time I did it, it pretty much ruined my whole night so I have no plans to do it again.

CHRIS SIMUNEK: I believe that kids have finally found a way to smoke marijuana that will upset their hippie parents. Seems like a fad to me. Far too much pageantry involved in the simple act of getting high. At the last Cannabis Cup we did in the Bay Area, there were these guys walking around with blow torches hanging from their belts like sidearms. I mean… how you gonna get laid dressed like that, son?

CHRIS SIMUNEK: As often as I want to.

STUFF STONERS LIKE: What’s your fave way of SMOKING?

CHRIS SIMUNEK: I like joints. I have a long glass pipe that gives a good hit with the flavor intact. I don’t like bongs or edibles or dabs myself.

STUFF STONERS LIKE: You’ve been in the scene for a long time…how do you feel about the current situation?

CHRIS SIMUNEK: It will take some time but marijuana will be completely legal in America in my lifetime. I think I started at HT in ’94, and to see how far it has come since then is amazing. Last time I went to Venice beach there was some moonlighting stripper wearing a nurse’s outfit offering to accredit me in accordance with California law and sell me all the dope I could stuff in my medicinally deprived face. That sort of thing gives you hope, (though they are closing all the dispensaries in LA now supposedly—still a lot of work to be done on our end).

CHRIS SIMUNEK: Small shit. DWI when I was 19. Six hits of acid at the Canadian border 2 years later. One time I flew into Newark from the Cannabis Cup in Amsterdam and this asshole searched my bags and found a piece of pot the size of a Rice Krispie stuck to a dirty sock. It was just like in the movies—he picked it up with tweezers and then put it in a test tube, which caused the liquid inside to turn red. “Good stuff,” he said. “Where are the rest of the narcotics?” I was like, “Are you shitting me?” They took me to a room, shined a flashlight on my genitals, fined me $500 and then sent me in the general direction of the New Jersey Turnpike. I’m kind of paranoid in general, so I am pretty discreet about my law-breaking. That said, I have certainly been in rooms where other people were flagrantly disregarding the penal code. I kind of enjoy the company of those sorts of folks. 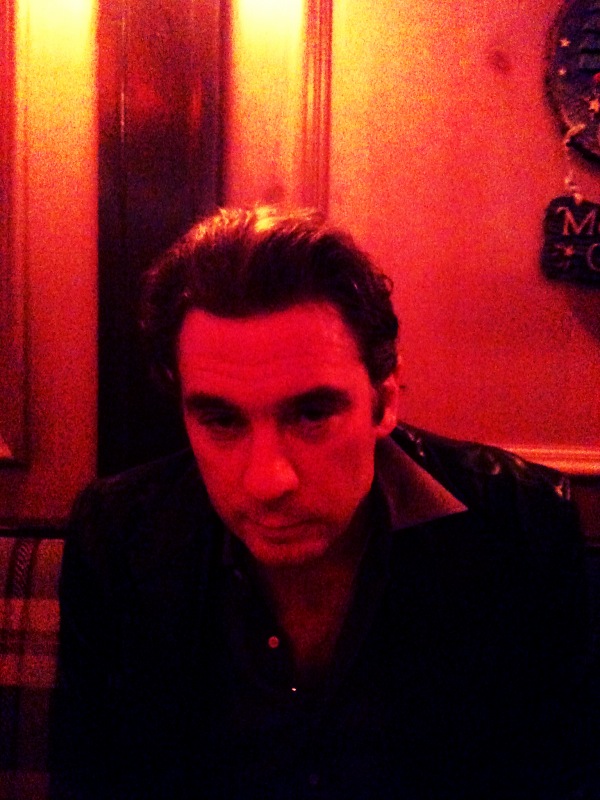 STUFF STONERS LIKE: So what’s with all the grow articles in High Times, is it like the new horticulture mag or what?

CHRIS SIMUNEK: Marijuana horticulture is an important aspect of what we do, but not everyone who smokes pot wants to read about light ballasts and drip emitters, so I am trying to broaden our scope to include all facets of the pot experience. But cultivation will always be an important part of what we do. For nearly 40 years High Times has been covering cannabis, psychedelics, drug culture, the drug war, the counter culture, fringe societies, underground music, radical politics as well as cannabis horticulture and that’s the paradigm I’m working within now. I have no immediate plans to bring the cocaine centerfolds back.

STUFF STONERS LIKE: What are some of the exciting things we can expect from High Times now that you’re in control?

CHRIS SIMUNEK: I don’t know about the “in control” part, you know? It’s got kind of a despotic ring to it. The exciting stuff tends to be the stuff that you haven’t planned for. It was pretty cool when Oliver Stone contacted us and told us he was totally cool with sucking down a fatty for our August cover. That sort of stuff just happens out of the blue. I don’t know what will happen next. My goals are very basic, I want to improve the content where possible, bring some more talent to the table, make it funnier, more cutting edge, more incisive, more informative for the cannabis connoisseur, while at the same time continuing to please the readers who love us for what we are.