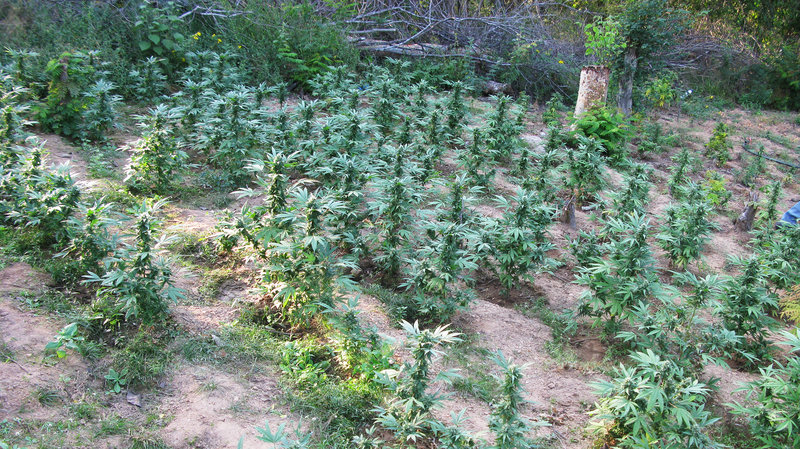 Americans are undercutting marijuana growers and cartels in Mexico now that more than half the states across the nation have voted to permit pot for recreational or medical use—included recently added Oregon, Alaska and the District of Columbia. That’s because STONERS prefer home-grown weed to marijuana that’s hencho en mexico.

NPR put together a great story about this obvious fact, which includes our bud Danny Danko senior cultivation editor at High Times. Check out this li’l except:

“Two or three years ago, a kilogram [2.2 pounds] of marijuana was worth $60 to $90,” says Nabor, a 24-year-old pot grower in the northwestern Mexican state of Sinaloa—reports NPR. “But now they’re paying us $30 to $40 a kilo. It’s a big difference. If the U.S. continues to legalize pot, they’ll run us into the ground.”

The slumping economics of Mexican marijuana was not unexpected. Two years ago, the Mexican Institute of Competitiveness, in a study titled “If Our Neighbors Legalize,” predicted the drug cartels would see their cannabis profits plummet 22 to 30 percent if the United States continued to decriminalize marijuana.

At one time, virtually all the weed smoked in the States, from Acapulco Gold to Colombian Red, came from south of the border. Not anymore. “American pot smokers prefer American domestically grown marijuana to Mexican grown marijuana. We’ve seen a ton of evidence of this in the last decade or so,” says Daniel Vinkovetsky, who writes under the pen name Danny Danko. He is senior cultivation editor at High Times and author of The Official High Times Field Guide to Marijuana Strains.

U.S. domestic marijuana, some of it cultivated in high-tech greenhouses, is three or four times more expensive than Mexican marijuana. Vinkovetsky says prices for Mexican weed continue to slide because it’s so much weaker.

He says American cannabis typically has 10 to 20 percent THC — the ingredient that makes a person high — whereas the THC content of so-called Mexican brickweed is typically 3 to 8 percent.

“Mexican marijuana is considered to be of poor quality generally because it’s grown in bulk, outdoors; it’s typically dried but not really cured, which is something we do here in the U.S. with connoisseur-quality cannabis,” he says. “And it’s also bricked up, meaning that it’s compressed, for sale and packaging and in order to get it over the border efficiently.”