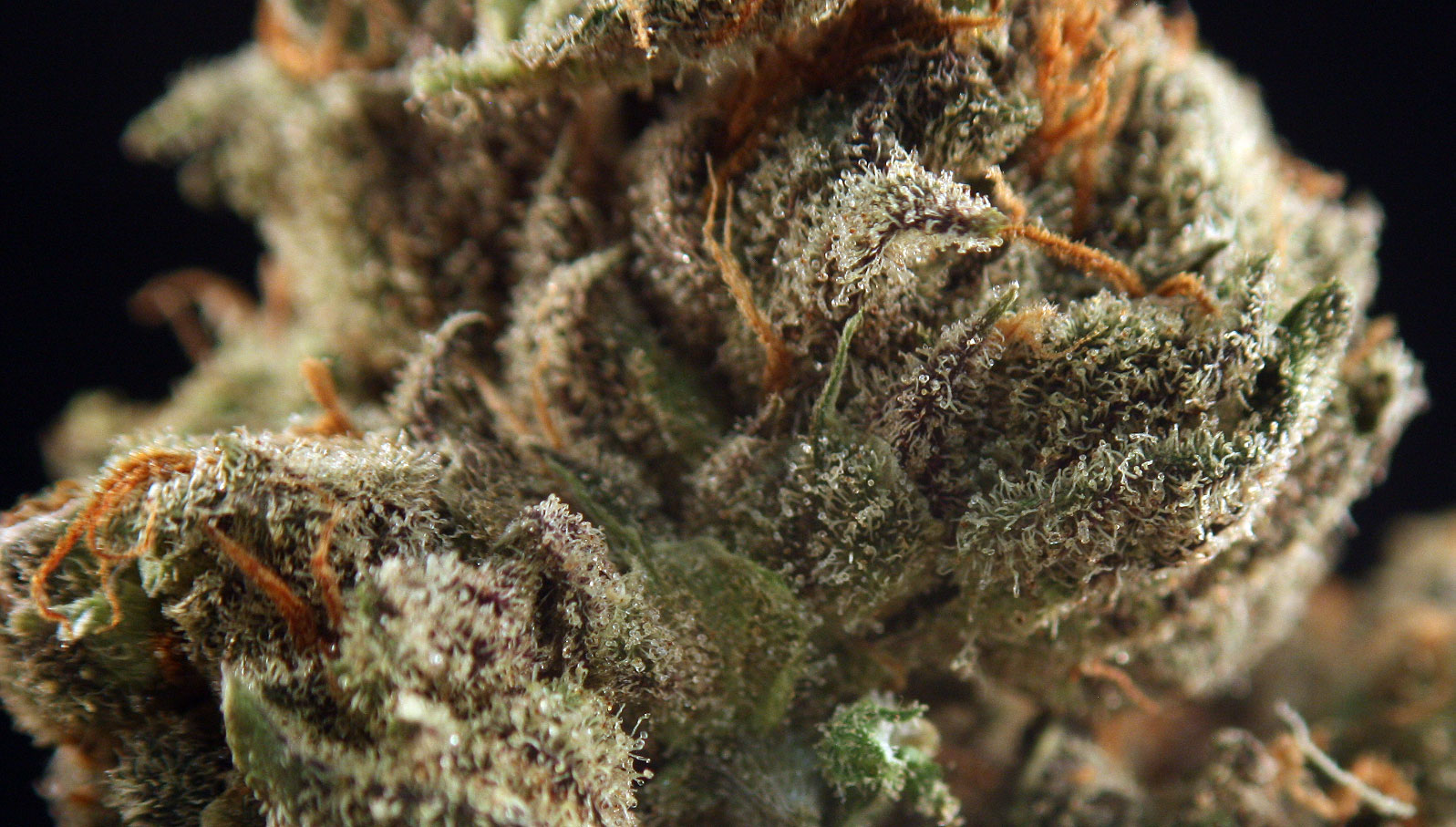 Appearance and Feels: This LSD strain sample had thick dense buds. Fat buds. Sticky buds. The Honu LSD weed looks real bomb when you open the jar. Much like the LSD marijuana I reviewed back in 2015, it’s got a great calyx to leaf ratio, and the trimming on this really shows off the dark almost purple bud structure. Have I mentioned the trichomes? There’s a bunch of them, fully grown and ready to get you blazed.

Smell: There’s a definite sweet earthy stank to her, but there’s also something a little skunky hiding in there. This LSD marijuana smells like some good ass weed, and that’s basically all you need to know. When it’s tossed in the weed grinder the full piney sweetness is unlocked and making a b-line for the olfactory.

Flavor: Bongrips are definitely legit, but as you probably know from reading my reviews, if you want the taste, you roll a fat joint, or as I prefer them spliffmode style with a little Danish Export. This particular LSD marijuana strain sample’s got a good dank bud taste, spicy with a little skunky sweetness to it.

High: For coming in at just under 20%, I had a tough time keeping the joint lit I was camping so hard. But that’s how it goes sometimes when you’re the only one smoking, and you’ve been smoking all day. I know, life is rough. But having access to great weed whenever I want to smoke makes it a little easier. One day everyone will have unfettered access to this amazing plant. But until then, unless you live in one of the states that allows cannabis to be legally bought and sold, you might be shit out of luck.

Overall: The high on this LSD weed is solid. Real solid. Like have a seat on the couch and zone out on a movie solid. It’s good. If you’re new to smoking, you might wanna take it easy on the ol’ LSD strain. It’s got some kick. The taste is good, nothing super special, but it looks killer. If you have a chance to get some the Honu LSD strain—do it. LSD and weed, I mean LSD weed is definitely stuff stoners like.