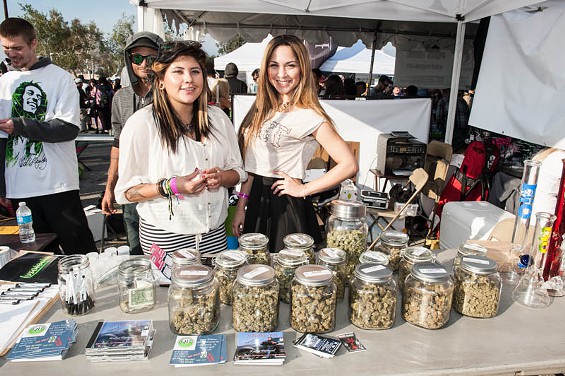 California’s first “marijuana farmers market” could be its last. Not only did the Fourth-of-July weekend event attract hundreds of patients who stood in line for hours to buy farm-fresh medical marijuana directly from growers, it attracted the unwanted attention of L.A. City Attorney Mike Feuer, who said the historic event was illegal.

Prosecutors also alleged that the market constituted unfair competition, “detracts from the quality of life of the community,” and “unjustly enriches the defendants,” reports the LA Weekly. “The bottom line is that we argued successfully that this so-called farmers market was an attempt to make an end-run around the will of the people when they voted to put Proposition D in place,” Feuer said. “The court saw through this subterfuge.”

Attorney David Welch, who represents the Progressive Horizon collective aka the West Coast Collective who organized the market, didn’t see it that way. He claims a farmers market is no different from a dispensary in that they both sell goods from a variety of vendors. “Their arguments are basically a misunderstanding on how this business operates,” Welch said. “The city’s actions, were essentially proving that “you can’t actually open a marijuana dispensary” in Los Angeles.

A hearing is scheduled for August 6 to determine whether the market will be permanently closed.

Do you think buying marijuana directly from growers—like individuals do with tomatoes at farmers markets —“unjustly enriches” growers? Let us know in the comment section below.