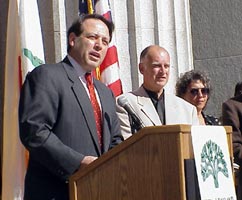 After threats of possible criminal liability from both the district attorney and the Federal Government plus the recent resignation of Oakland California City Attorney, John Russo, Oakland still plans on going forward with those 4 industrial-sized marijuana farms.

The law firm of Meyers Nave Riback Silver & Wilson have been hired to replace Russo and give the city legal advice regarding moving forward with their big medical marijuana cultivation aspirations. As his reason for turning his back on Oakland, Russo cited Rule 3-700 of the California Rules of Professional Conduct, which has this section saying a lawyer may withdraw from matters if the client wants to pursue an “illegal course of conduct.”

Another Oakland attorney, Daniel Siegel, called Russo’s departure unprofessional. “I think Mr. Russo has put everybody in kind of a spot,” Siegel said. “By publicly announcing his opinion, he clearly puts the council in the position where if they choose to reject his opinion, his opinion will be used against them.” 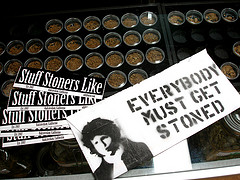 Russo’s sudden split on Oakland came after a volley of communications. District Attorney Nancy O’Malley sent a letter seeking clarification on whether public officers who aid in violating state or federal laws through a city ordinance are exempt from criminal liability, to Oakland’s new Mayor, Jean Quan. On February 1 U.S. Attorney Melinda Haag fired off a fairly threatening letter that answered this question. It found its way to Oakland’s counsel and eventually made its way to Russo. The letter makes it perfectly clear the U.S. Department of Justice does not approve of large-scale industrial marijuana grow ops.

“Perhaps outside counsel at this juncture is the best thing, so that we can resolve this issue once and for all,” said Oakland City Council member Desley Brooks. Brooks is the author of the newest version of the pot-growing ordinance. “It would have been helpful if our attorney had advised us on what we need to do to bring our ordinance into compliance,” he said.

We’ve been following this story for a while because it’s in our own backyard and if Oakland is granted the ability to mass-produce marijuana it will have a huge impact and change the face of the entire weed world. We’ll keep you posted.