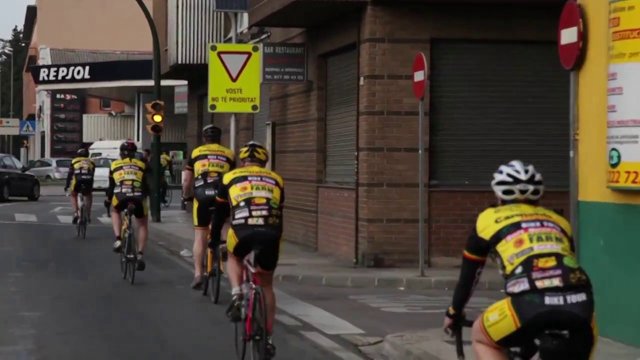 Europe’s Medical Cannabis Bike Tour was born out of frustration. Its founders were growing tired of marijuana’s legal status in Europe and the resulting barriers to comprehensive research so they decided to take the issue to the streets—via bicycles.

This unique, two-wheeled non-profit organization was created to raise money for the research of marijuana as a cure for cancer. Its organizers and supporters also lobby for the legal rights of medical cannabis users worldwide. This past March, the exciting event drew 55 cyclists who biked across the beautiful mountains of Spain, raising 100,000 Euros earmarked for medical cannabis research. Their epic trek ended at the world-famous Spannabis fair, with a police escort, where the cyclists proudly presented the check for a hundred thousand Euros directly to Dr. Guillermo Velasco who oversees the organization’s efforts.

“Thanks to the money raised we have been able to take our research into new areas that have exciting possibilities for the future treatment of cancer,” Dr. Velasco said. 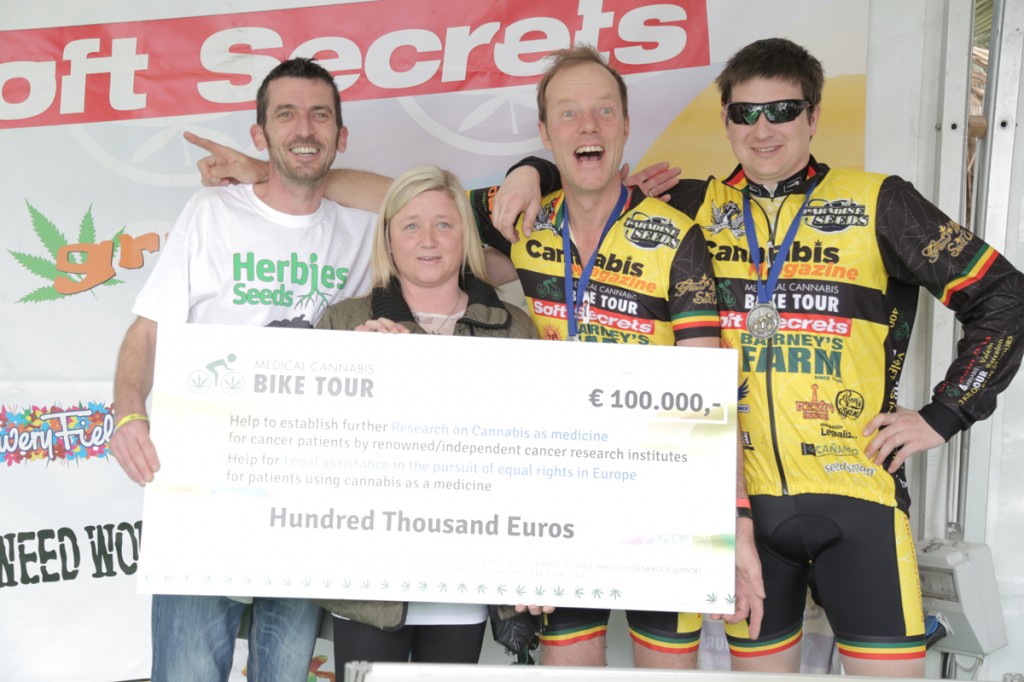 “We have had fantastic support since beginning this project and each year it gets bigger,” said Luc Krol, the organizer of this year’s Medical Cannabis Bike Tour. “Global cancer rates are soaring and there are real signs that cannabis can help. By using sport to promote our cause, we hope to challenge negative perceptions of the plant while raising money for groundbreaking research.”

The independent research, organized Dr Velasco and colleague Dr Manuel Guzman from the Complutense University in Madrid has two main objectives: To study the way cannabinoids promote the death of cancer cells and how cannabinoids can best be combined with other anti-cancer agents for the treatment of gliomas and other types of tumors. Data from previous experiments carried out by the medical research team has shown that cannabinoids can promote the death of cancer cells. Thanks to the money raised by the Medical Cannabis Bike Tour 2014 these findings can be researched more thoroughly.

Big respect to Herbie Seeds who not only sponsor the mighty STUFF STONERS LIKE they we’re also big sponsors of the Medical Cannabis Bike Tour 2014.