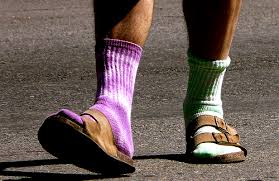 MILEY AND BIRKENSTOCKS…TWERKING IN COMFORT
Birkenstocks could be making a come back come this Spring according to those that know fashion and ‘stoner’ may be the new black. According to the dudes at High Times, current Miley Cyrus Stylist, Lisa Katnic was recently quoted, “I think that ‘stoner’ is going to be the new look. I put athletic socks under rope sandals, and now I’m obsessed with that.”Really? Models are wearing comfortable shoes down the runway and Miley is bringing stoner to the mainstream? Craziness.

RABBI SAYS CANNABIS IS NOT FORBIDDEN
Crazier yet, a Rabbi and his wife recently opened the Takoma Wellness Center near Washington, DC. Rabbi states, “Ending suffering trumps all other Jewish laws. A sick patient is not expected to fast on Yom Kippur; Jews have a responsibility to help the sick even when they are supposed to be praying.” This very forward thinking Rabbi worked on the frontline with AIDS patients at the peak of the epidemic and saw how marijuana stopped suffering. “The cannabis plant was created by God on the second day of creation when God created all the other plants, and touching this one isn’t forbidden,” Kahn said in a June interview with New Voices, a national magazine for Jewish college students. Gotta give kudos to the Rabbi and his wife for trying to help where the help is really needed.

NORML AND FOX….IMAGINE THE DAY
Kudos to Allen St. Pierre, executive director of NORML for challenging those unstoned fuckers at Fox. NORML is trying to win ad spot during Super Bowl…they are making social media bid to win online contest for small business owners. Chances don’t look good, but the talk is proving to be interesting. Intuit, a financial software company, created the campaign back in July promising 30 seconds of the world’s most expensive ad space to the winner. Intuit spokesperson stated, “The Top 20 finalists must meet certain eligibility requirements, which include being an active, lawful small business with fewer than 50 full-time employees.” “All potential ads must also meet broadcast acceptability standards”, she said.

St. Pierre, said his group should qualify. “We’ve been using Intuit spreadsheets for years, and we sure feel like a small business.” Fox has stated, “Any advertising submitted to Fox is subject to broadcast standards review before it can be aired.”Heaven forbid any air time should be taken from the flood of beer commercials fueling date rapists everywhere. 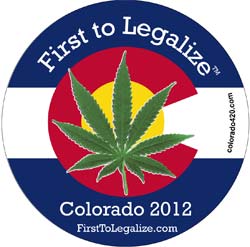 FLOODS AND FORTUNES IN  COLORADO
Speaking of floods…Colorado is being flooded in more ways than one. Fortunes are to be had with the recent legalization of marijuana. Companies are flocking to this green state to profit off an industry that has yet to define itself. The Wall Street Journal reported recently that a Colorado based company, Advanced Cannabis, brought on Christopher Taylor as its’ CFO. What does this mean to most of us? Not much, however, it is interesting that Advanced Cannabis is a company not focused on growing, but on real estate. And is representative of what may happen to growers all over.

Robert Frichtel, founder and president of Advanced Cannabis, told the Wall Street Journal, “the company won’t engage in the production, sale or distribution of marijuana. Instead, it will use hoped-for investment funding to purchase properties where the drug is made or sold, and lease the facilities back to the owners.” Because the growers can’t get loans or even bank accounts established to create capital for their operations there is a need for a second party to establish a leaseback relationship. Similar to a shark circling it’s prey…companies not necessarily dealing in marijuana are posing themselves to profit. Frichtel also stated, “Through its planned sale-leaseback transactions, the operators can unlock value and operating capital from their businesses, and Advanced Cannabis gets a recurring revenue stream in return.”

Another interesting nugget reported by the WSJ, “Despite having just $2,373 in cash on hand at the end of June and barely $4,000 in sales for the June quarter, the stock soared on news of the reverse merger in mid-August. Its thinly traded stock has more than doubled since the announcement and traded recently at $4.25 apiece, giving the company a market capitalization near $60 million.”