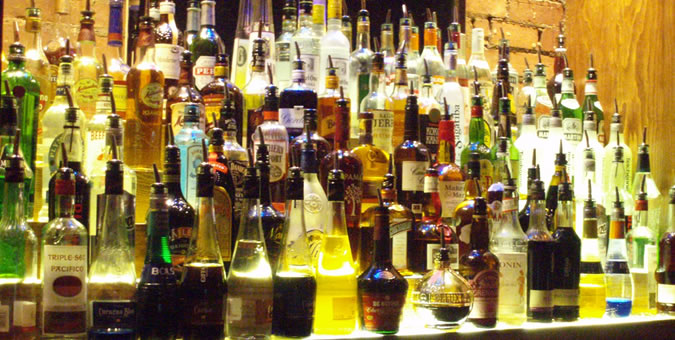 In today’s edition of More Deadly than Weed, I’m going straight for the lowest hanging fruit of them all. Alcohol. This is the most obvious substance that comes to mind when you ask normal everyday people what they would consider to be more deadly than weed. According to a CDC Fact Sheet on Alcohol, it kills an estimated 88,000 people per year, alcohol is definitely in the top five, if not the top of most people’s list of legal shit that will royally fuck your life up, if not kill you.

I’ve always been of the mind set that the government wants substances out in the wild being consumed by the unwashed masses that divide the people. If we are divided, we won’t focus our primal rage on all the shady shit those in charge get away with under the guise of power to the people. There’s nothing that will divide a group of people and get them at each others throats faster than grandpas old cough medicine. Helpful drugs like cannabis and MDMA and the always fun and enlightening LSD and tryptamines family always seem to have this intrinsic uniting vibe. Of course set and setting has a ton to do with it, but more times than not, people aren’t going around getting in fights on any of these substances. Especially not on weed. These unite the people and therefore must be labeled as dangerous and the work of the devil, and anyone who even thinks of experimenting with them will be labeled as a criminal and lost to the depths of our insatiable justice monster’s bowels.

Alcohol could have gone down that path after it went through prohibition back in the roaring 20s, had the people not insisted so blindly and forceful and had the backing of dollar dollar bills. I mean literally blinded by the stuff they were allowed to consume back then. But back in those days, what the people thought they wanted, the people sometimes got. We are finally starting to see the same thing happen here with the re legalization of cannabis. Enough people have opened enough eyes that the general majority consensus is starting to swing back to the truth. . It talks a lot about the chemists war during prohibition and how the prohibitionists had chemists working to make the alcohol super poisonous to anyone who would drink it, to where it was actually blinding and killing people. The side that was doing all the illegal stuff had chemists who were working against that to turn the shit back into something that people could drink and not go blind from, at least right away.

Sure the swill people guzzle down their gullets these days is far safer for you than the literal poison our ancestors insisted on drinking back in the 20s and 30s, but it’s still killing far more people than marijuana could ever hope to, and that’s happening each and every year. Still. Right now even, as I type these words on my chromebook, people are dying from alcohol. You know who is dying from weed right now? Not one single person, anywhere, and that makes alcohol far more deadly than weed.

That’s going to do it for this session of More Deadly than Weed. Thank you so much for reading. If you have any suggestions on things that are more deadly than weed, send them in and I’ll take a look. Who knows, maybe I’ll  write up your suggestion! Be sure to share and share a like if you do the Facebook thing, and post a link on Twitter to help spread the word. You can hit me up on Facebook, Google+, Twitter, and Instagram.