In today’s edition of More Deadly than Weed, we’re going to look at something on the serious side. No knock raids are no shit, and they will completely fuck your day up. Not only are they just plain rude, but with humans being the error prone species we are, sometimes the address gets fucked up and you no knock your way into some innocent persons place. Maybe they’ve been robbed recently, so maybe they think you are the robbers. Perhaps they bought a gun to protect themselves with. Who knows, shit can happen, and when it does, it is way more deadly than weed.

Let’s take a look at this article from October 2014. It discusses a man named Robert Hooks, who was one such victim of the scenario I described. Well sort of. This guy got snitched on by some tweaker, and for some reason the cops acted on the bunk tip. The warrant that the raid was executed on was acquired only one hour before the raid, and guess who the informant was? None other than the dude that jacked his Lincoln a couple nights before. The crackhead basically said he had found some drugs in the ride he jacked. Sure, makes sense right? So two days after the Lincoln is stolen, just before midnight, a blacked out SUV rolls up into the driveway. The wife sees this as men in camo and black hoods get out and head up to the house. The wife is of course freaked out, and wakes her husband up hollering about the burglars are back!

Robert Hooks, a 59 year old businessman jumped out of bed and grabbed his gun in order to protect his wife, and his stuff, from these masked intruders. Right as the door breached and the would be robbers moved in, gunshots rang out and chaos ensued.

Only it wasn’t the robbers. It was the task force, conducting some no knock bullshit on the tip of some tweaker trying to save his own skin. Mr. Hooks was lying dead, without even having returned fire.

His wife released a very heartfelt statement and pointed out some very jarring inconsistencies in the police record, compared to what actually happened. I think it’s important to get this out there. This is not at all an isolated incident either, especially in Georgia. 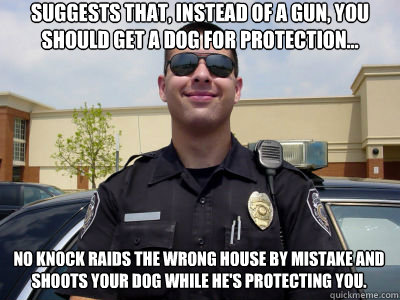 I’ll quote a little bit of it here. It’s a long read, and you can check out the rest of it here.

We buried a great man yesterday. Our loss is devastating to our family and to our community. David was a loving and devoted husband, father, and grandfather who was a role model to his children, grandchildren, and numerous other friends and relatives.

First, David Hooks was a successful businessman who owned two thriving businesses. His construction company worked on military bases, including Hunter Army Airfield and Fort Stewart. As such, he was vetted and underwent background checks by state and federal authorities including the Department of Homeland Security and the Bureau of Alcohol, Tobacco, and Firearms. Based on those background checks, he was granted a security clearance which allowed him to work on these military bases. He was not a drug user or distributor. Second after taking over the scene at around 11:55 p.m. on the 24th of September the GBI conducted a thorough search of the property that lasted until approximately 8:00 p.m. Friday, September 26th. That search of some 44 hours conducted by numerous agents with the GBI resulted in not one item of contraband being found! This has been confirmed to the family by the GBI and is evidenced by the return of the original search warrant which was finally filed in court on September 29th and indicates that nothing was seized pursuant to the search warrant. 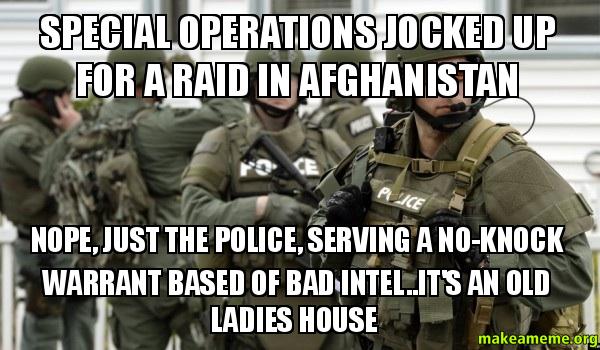 In another story here, a sleeping seven year old was inadvertently shot in the head when a no knock raid was conducted on a duplex. The person they were after lived in one apartment, but being the specialized unit they were, they raided the whole duplex. What’s even more appalling is that they were repeatedly warned that there were children inside.

In a gloriously ironic demonstration of the very thing put in place to protect the people, innocents are losing their lives because of this war on drugs. It’s definitely coming to an end, but why drag it out like this? Get it over with, like ripping off a bandaid that has become all soaked in blood. Rip it off, change it, and let’s all get enlightened together.

That’s going to do it for this session of More Deadly than Weed. Thank you so much for reading. If you have any suggestions on things that are more deadly than weed, send them in and I’ll take a look. Who knows, maybe I’ll  write up your suggestion! Be sure to share and share a like if you do the Facebook thing, and post a link on Twitter to help spread the word. You can hit me up on Facebook, Google+, Twitter, and Instagram.